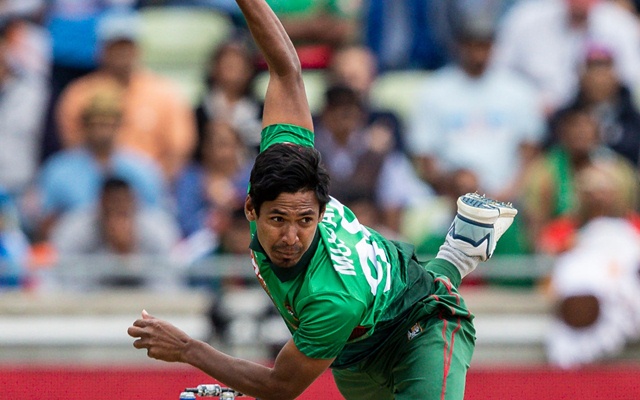 Seamer Mustafizur Rahman has not yet made a final decision on whether he will play in the Indian Premier League (IPL) or the Sri Lanka Series. However, he said he would not play in the IPL if the team needs him in the Sri Lanka tour on Monday.

Bangladesh team departs from the country to play the New Zealand tour today [February 23], after that Bangladesh will visit Sri Lanka in mid-April for two match Test series.

While, speaking to media before leaving for New Zealand, Mustafiz said, "For me, the country will come first. I will not play in the IPL if I am in the Test squad for the tour of Sri Lanka. But if I am not in the team, I will play for Rajasthan if BCB gives permission."

Before the IPL auction, it was informed that Bangladesh cricketers will not be available for the entire season. Shakib Al Hasan has already removed his name in order to play in IPL. The board has already granted his leave.

Earlier on February 22, Mustafiz met the president of the Bangladesh Cricket Board (BCB) on the IPL issue. The BCB has left the desicion of playing in the IPL to Mustafiz. At the same time, the BCB president informed Mustafiz that if he wanted to play in the IPL, he should send a letter to the BCB. Then the board will not stop him from playing.