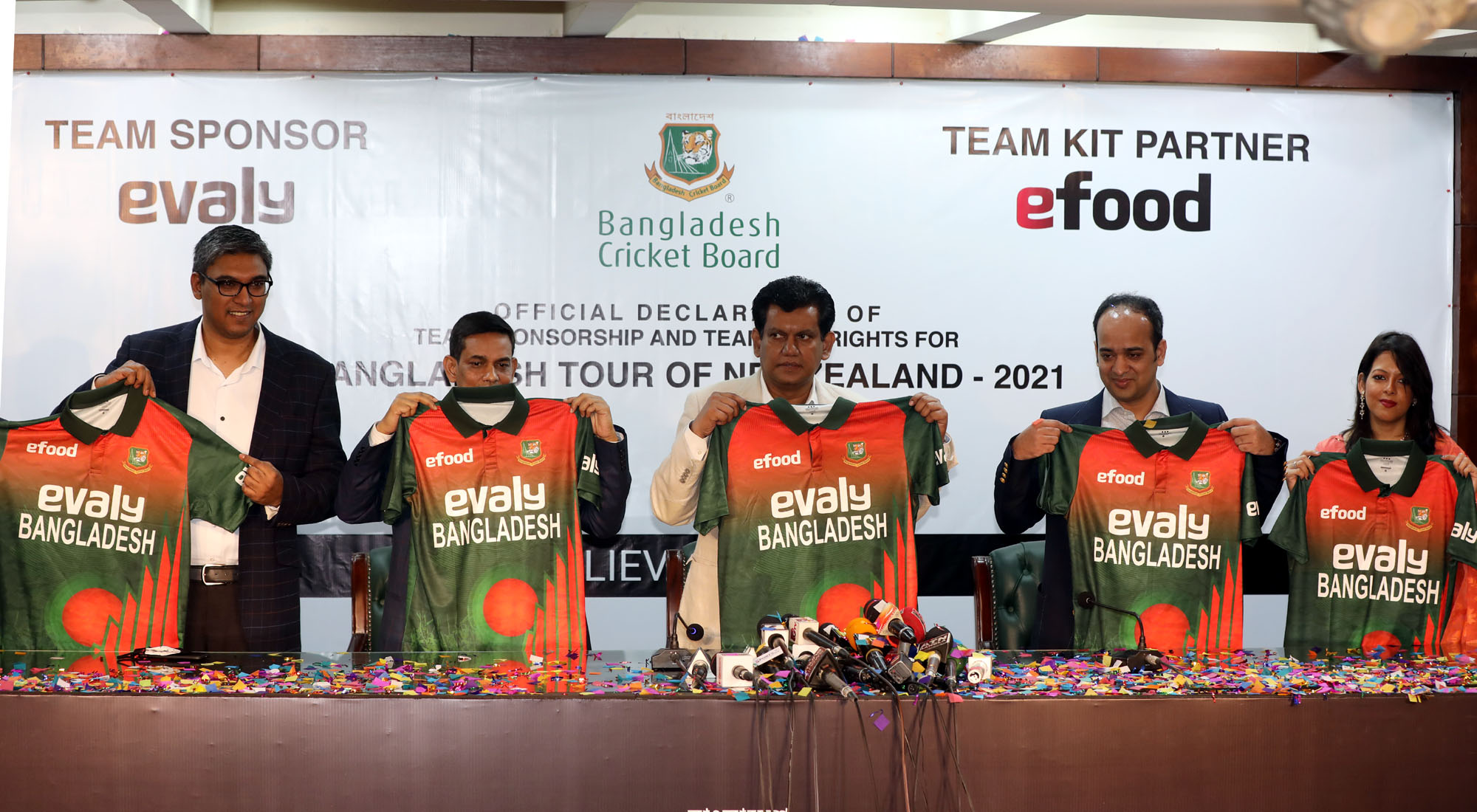 E-commerce site Evaly has been named as the sponsor of the Bangladesh team for the forthcoming New Zealand series, which is starting from March 20. The team sponsorship has announced at the media center of SBNS on Monday. They have signed a contract worth of 2 crore for this series.

This is not the first time the company is working with the BCB. Earlier, they were associated with the BCB in the Bangladesh Premier League (BPL).

Akash DTH has been seen as a patron in several series after the World Cup. Beximo was the last sponsor for the Tigers in recently concluded West Indies series.

The three-T20 series will be played in Hamilton, Napier and Auckland respectively on March 28,30 and April 1.

Tags: Bangladesh, New Zealand,
Up Next