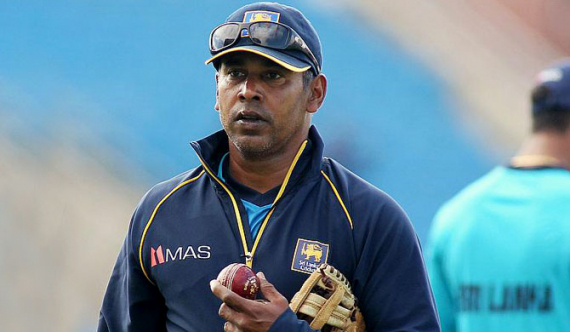 Sri Lanka have appointed the former fast bowler Chaminda Vaas as their fast-bowling coach for the upcoming tour against West Indies. The Sri Lankan squad is scheduled to leave for West Indies on February 23 for matches across all formats.

The appointment came after David Saker stepped down as Sri Lanka’s fast bowling coach on February 18. SLC reported the news of Saker's resignation through a media release on Thursday. The 54-year-old ex-Australian, who joined Sri Lanka in December 2019, parted with the SLC showing personal reasons.

Earlier in October 2012, he had coached the New Zealand fast bowlers during their tour of Sri Lanka. In the following year, he was appointed as bowling coach for the Sri Lankan team and remained at the post till 2015. In January 2016, Ireland roped him as their bowling coach.

During his International career, he bagged 355 test wickets in 111 matches and took 400 ODI wickets in 322 matches.

Sri Lanka will lock horns with the West Indies for three T20Is, three ODIs and two Tests. They will leave for West Indies on the 23rd of February while the series will start on March 3.