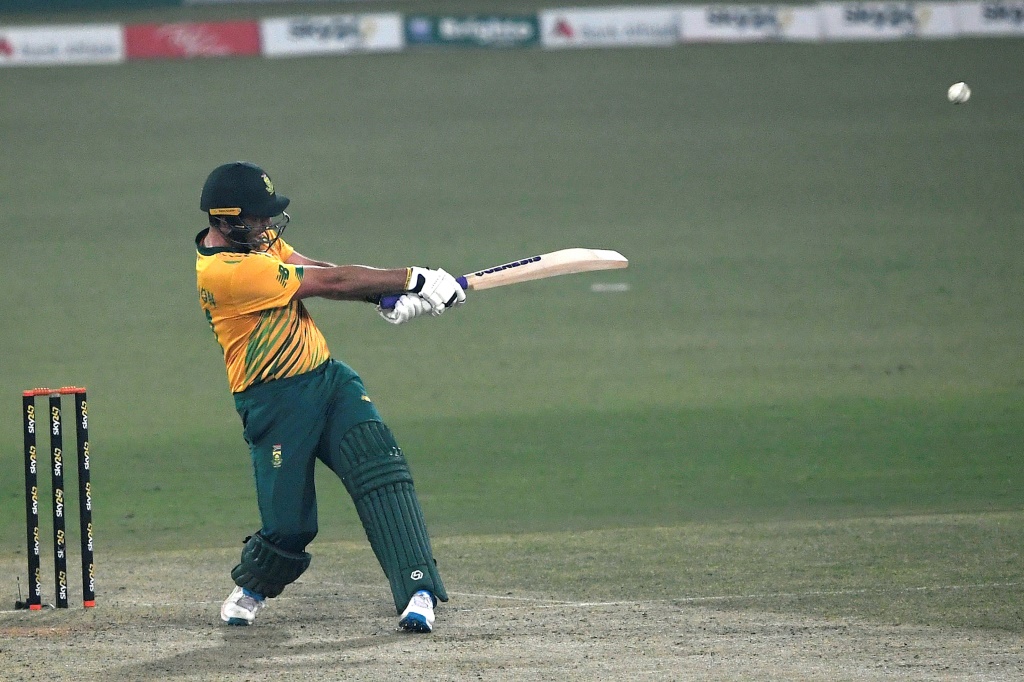 Fast bowler Dwaine Pretorius recorded the best figures for South Africa in the shortest format to help his team beat Pakistan by six wickets in the second Twenty20 international in Lahore on Saturday.

It was a canny performance by Pretorius who marginally improved on the previous best figures by a South African, 5-19 by medium pacer Ryan McLaren against the West Indies at North Sound in 2010.

Mohammad Rizwan top-scored for Pakistan with a 41-ball 51 laced with six boundaries and a six while Faheem Ashraf hit two boundaries and as many sixes in his 12-ball 30 not out.

Pakistan's lanky paceman Shaheen Shah Afridi gave his team an ideal start by dismissing Janneman Malan with the second ball of the innings and Jon-Jon Smuts in the following over, finishing with 2-18 in three overs.

But Hendricks and Biljon punished some erratic bowling during their 77-run third wicket stand before both fell in successive overs.

Hendricks, who hit three sixes and as many boundaries in his 30-ball knock, was finally caught off leg-spinner Usman Qadir in the 12th over. Biljon hit two sixes and three boundaries off 32 balls before he returned a gently leading edge back to left-arm spinner Mohammad Nawaz.

David Miller (25 not out) and skipper Heinrich Klaasen (17 not out) added 40 in an unbroken fifth wicket stand to see their team across the line.

Pakistan were once again lifted by Rizwan who followed his 89 against New Zealand in December and 104 not out in the first match with another superb knock.

After losing the toss, Pakistan skipper Babar Azam opened the batting but was soon on his way back to the pavilion as Pretorius trapped him leg before in the second over.

At 48-6, the home side were struggling but Rizwan, who became only the fourth Pakistani batsmen to score three consecutive T20I fifties, added 45 for the fourth wicket with Iftikhar Ahmed who made 20.

Rizwan finally departed for 51, holing out to Andile Phehlukwayo after falling for a Pretorius slower ball.

Pretorius also removed Iftikhar and Khushdil Shah for 15 before yorking Mohammad Nawaz for a second-ball duck to take more than one wicket for the first time in his 13-match Twenty20 international career.

The third and final match will also be in Lahore on Sunday.