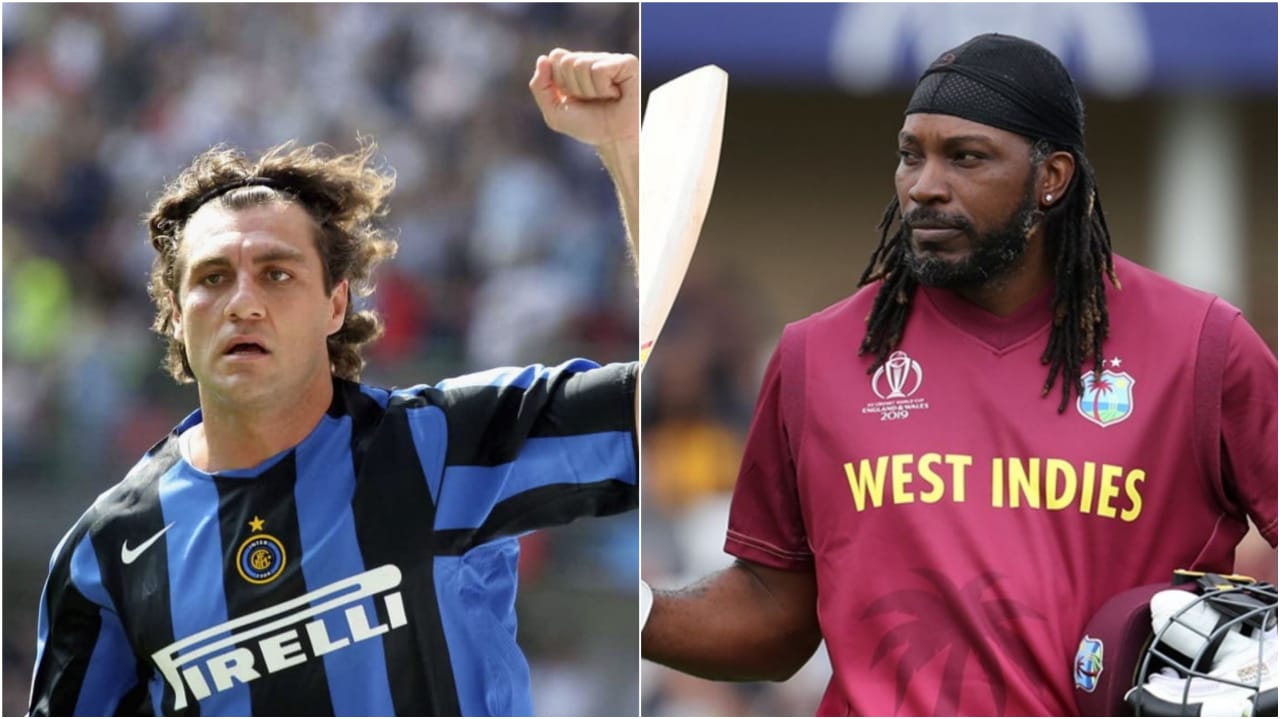 Former Italy international footballer Christian Vieri says he was destined to become the 'best batsman in the world', had he followed through with his childhood love of cricket.

Vieri enjoyed a glittering football career, scoring 23 times in 49 appearances for the Italian national side, including appearances at the 1998 and 2002 FIFA World Cups, as well as having successful spells with a host of Europe's top sides including Atletico Madrid and Inter Milan.

Having spent 10 years from the age of four to 14 living in Australia, Vieri developed his love for cricket alongside playing football, and the 47-year-old still to this day professes his passion for the game.

"It's a bit strange that I grew up in Australia but when I was there it was normal – going to school, playing soccer, playing cricket, playing different sports. I was a big fan of cricket," Vieri told Stats Perform News.

"Even if we were 13-14, we would go watch Australia play Test matches, ODI matches in Sydney. I'm a very big, big cricket fan."

While his eventual career path took him the route of scoring goals rather than runs, Vieri says were he to have made it to the top of the sport, he would have been more suited to the white-ball game.

"I think Chris Gayle from West Indies. I'm a left-hander," he said about his own style of play. "When I used to play, I'm not a Test match guy, I want to smash the ball outside the stadium. I think I would've been good.

"I just love playing," he added. "I was probably playing more cricket than soccer at school. You know what we would do? The tennis ball, we would tape it up to make it go faster and swing. I think I would've been the best batsman in the world if I played cricket. I was an all-rounder. I was really good."

Even today, Vieri spends hours on YouTube watching re-runs of 1980s legends such as Sir Viv Richards, Joel Garner and Clive Lloyd to the bemusement of his wife.

"She takes the p*** out of me," he said. "I'm on YouTube a lot watching cricket. My wife always says, 'what are you watching? What is this?'

"Three hours a day watching games from 1984 and 1986, and she is going 'what is wrong with you, why aren't you normal?' I say to her, 'listen, I grew up there, these are the days I was there following cricket'."

And in spite of his advanced years, Vieri says he's planning on padding up again once the situation with coronavirus eases sufficiently.

He said: "When it gets a bit warmer and we can start to go out a bit easier, I would like to go training with the Italian team, see how fast the ball really comes at you, with your pads and everything. I think it would be a good experience."