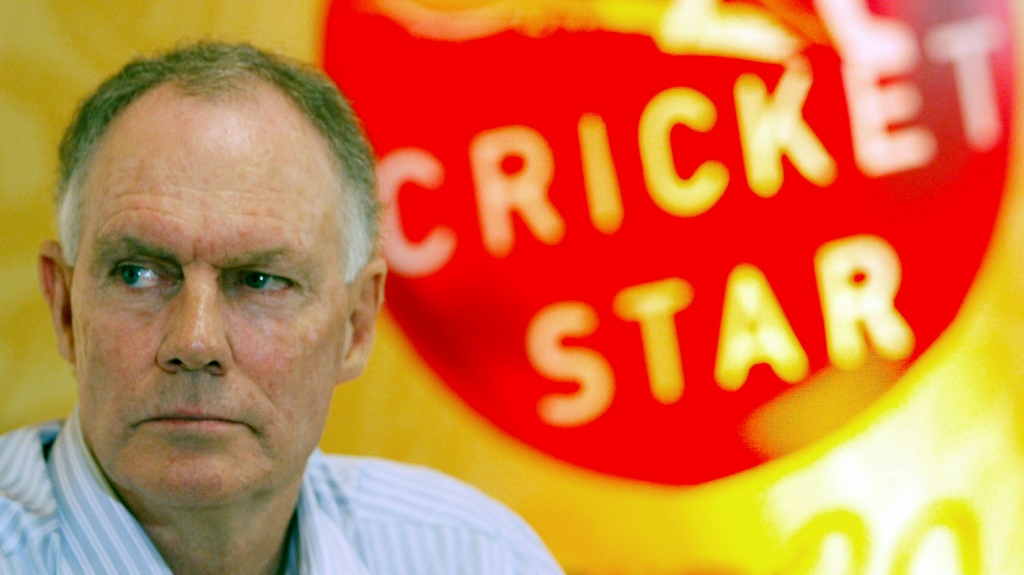 After 40 years, New Zealand Cricket boss Martin Snedden is ready to laugh at the underarm bowling row that plunged Kiwi-Australian sporting relations to an all-time low.

On February 1, 1981, Australia were desperate to prevent New Zealand scoring a six off the final ball to tie a one-day match at the Melbourne Cricket Ground.

Aussie skipper Greg Chappell conferred with younger brother Trevor and what followed was the most infamous delivery in cricketing history.

Chappell junior trundled up to his mark and gently rolled the ball underarm along the wicket, ensuring it never left the ground and giving batsman Brian McKechnie no chance of clubbing it over the boundary for the necessary run.

McKechnie threw his bat to the ground in disgust and many Australian players, including wicketkeeper Rod Marsh, looked distinctly sheepish at the unconventional tactics.

While the underarm delivery was legal -- a situation the International Cricket Council swiftly rectified -- even the then Australian prime minister Malcolm Fraser admitted it was against the spirit of the game.

His New Zealand counterpart Robert Muldoon went even further, declaring: "It was an act of true cowardice and I consider it appropriate that the Australian team were wearing yellow."

Martin Snedden was a young bowler with the New Zealanders at the time and said there was fury in the Kiwi dressing room, including from batsman Mark Burgess.

"Burgess was sitting there, he'd been drinking a cup of tea and had an enamel cup in his hand, he stood up and threw it full force at the wall," Snedden told Radio Hauraki.

Snedden, now New Zealand Cricket chairman, said Greg Chappell was "in a dark place" when he ordered his sibling to deliver the controversial ball.

"The itinerary that the Australian Cricket Board (now Cricket Australia) had pieced together was utterly ridiculous," he said.

"I guess Greg with all the responsibilities he was carrying as captain got ground down to the point that his judgement was impaired and he made a big mistake."

The underarm incident has become synonymous with poor sportmanship in New Zealand and Snedden, like most Kiwis, said he never tires of bringing it up with Australian fans.

"We have this moral high ground that I can pull out of my pocket at any stage whatsover if I'm dealing with Aussies... and there's no comeback, none at all," he said.

Tags: Greg Chappell, Australia,
Up Next