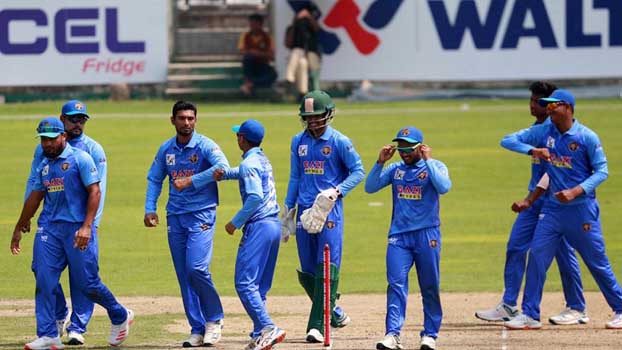 The Bangladesh Cricket Board (BCB) brought back competitive cricket at home amid the outbreak of coronavirus with the BCB President's Cup and Bangabandhu T20 Cup. Bangladesh has already returned to international cricket with the series against West Indies. However, BCB decided to vaccinate all local players involved with domestic cricket by mid-February as to commence domestic cricket.

BCB has not yet been able to bring back the Dhaka Premier League and the National League, the two biggest domestic events in Bangladesh.In a statement, BCB said, "Domestic cricketers and all those associated with them will be brought under corona chorus vaccine by mid-February. After that, a decision will be taken to start domestic cricket again.”

The Bangabandhu Dhaka Premier League (DPL) started on March 15 last year. However, the BCB was forced to suspend it after one round due to the outbreak of corona. After that, the rest of the DPL was not played on the field. However, they are quite optimistic about  to launch it again. With the return of DPL, BCB also wants to bring back first class cricket and national league. This was stated by the chairman of the media committee Jalal Yunus.

"The rest of our domestic game was postponed after a match with the Premier League because of the Corona pandemic. It has us thinking of starting again. Then first-class cricket, the national league and a lot of domestic games left. We will move to that after February if BCB president gives priority then players will be vaccinated. We will discuss and see, if we can make arrangements, we will definitely vaccinate the players and start domestic games," he added.