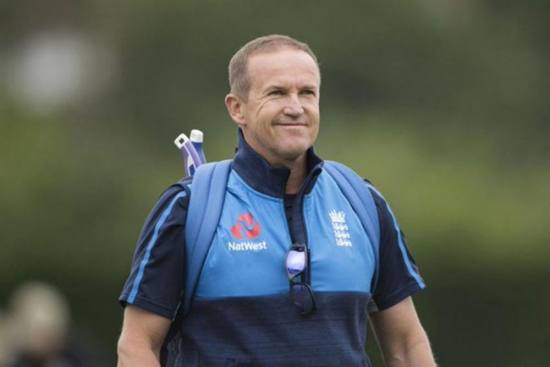 England are ready to take on India in a full-fledged series. While they have won the series against Sri Lanka recently, Team India too have won the four-match Test series against Australia 2-1 recently as well and former coach of England Andy Flower believes England will find a tough time in the upcoming series than they found eight years ago. He also explained that India will be high on confidence after their historic series win in Australia, which might hurt England's chances to reach the final of World Test Championship as well.

"It’s one thing going to Australia and trying to win but a four-match series in India is challenging in a very different way and I think it’s going to be tougher for England now than it was for us. India will be more confident after that win in Australia and they’re also a more confident nation now about their standing in world cricket," Flower told Daily Mail.

Flower further added that England's chances will depend on their captain Joe Root, who has to stand up and lead from the front with the bat as well. He also asked him to bat as Alastair Cook did in 2012 where he had smashed 562 runs whereas Kevin Pietersen made 338 as well.

"Joe should be the rock around which we can build big innings, like Cook was in our team. He’s our most skillful player of spin and can combine a really nice, soft defence with the alternating of strike and occasionally jumping out of his bubble and scoring boundaries," said Flower.

"Then we need guys like Jos Buttler and Ben Stokes to come to the party with a more pro-active game, a bit like Kevin Pietersen did in 2012. Where Root might be playing at a certain tempo, those guys can up it and really put pressure on the opposition spinners," he again shared.

However, Joe Root has been in a formidable form and he recently adjudged the 'Man of the Series' in Sri Lanka where he helped England win 2-0. He is expected to replicate his form in the series against India as well.