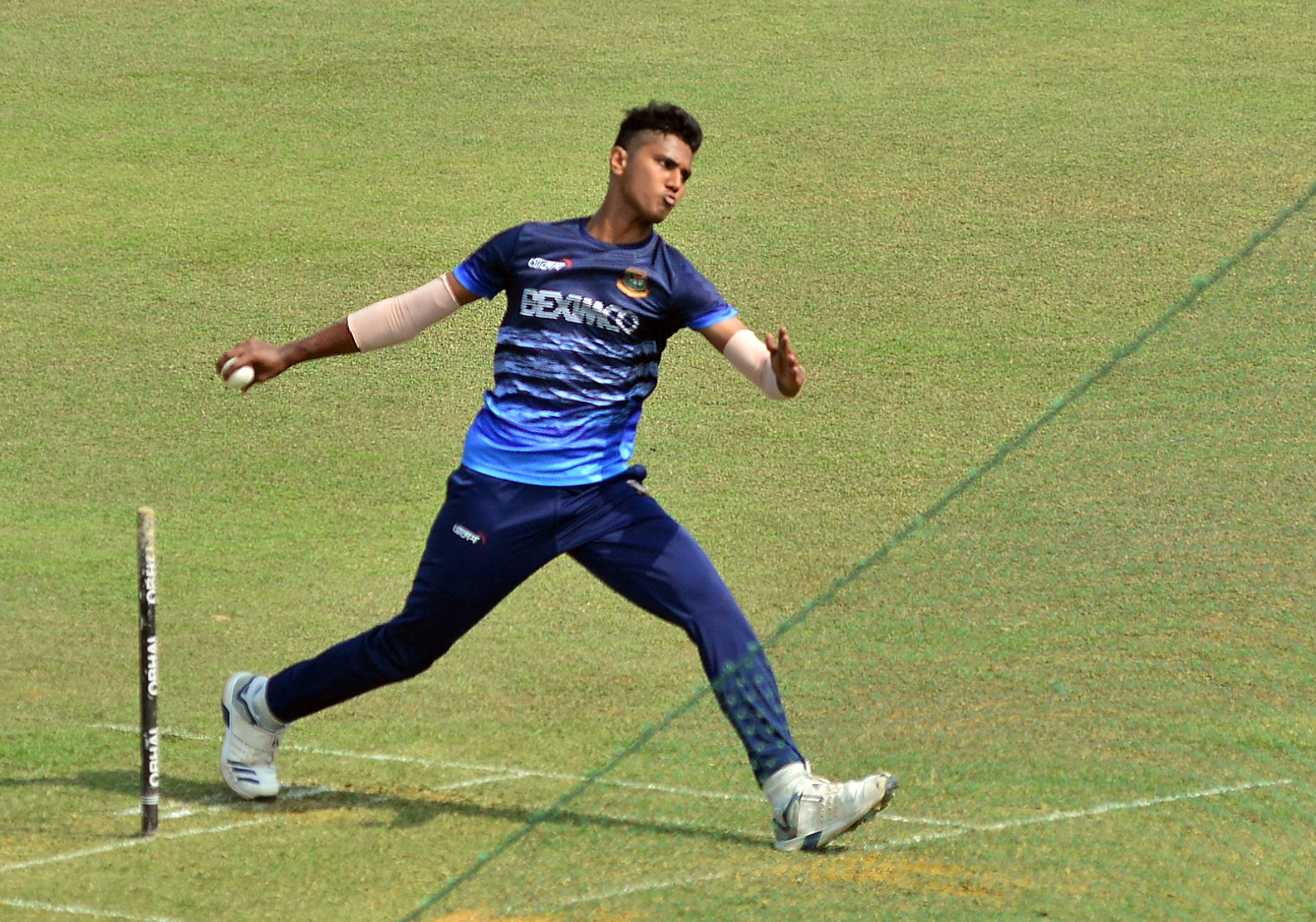 Right arm-fast medium bowler Hasan Mahmud has made his dream debut in the ongoing series against West Indies as he took 4 wickets in the series so far. After such a performance, Hasan claimed that he was mentally prepared with the strength needed to play international cricket.

Hasan was prepared to take on any stronger sides like Australia-India than this immature WIndies side. He had been carrying a strong mentality before playing ODI match. This young gun is also highlighted for his pace and line-length.

Hasan has succeeded by swinging on both sides against the Caribbeans. This right-arm pacer believes , he can do better in Test cricket if he can work with line, length and swings of the ball.

“It’s actually natural for some to do it. It is very good for Test cricket. I will try to focus with line, there will be short swings to keep the length right.” he added.