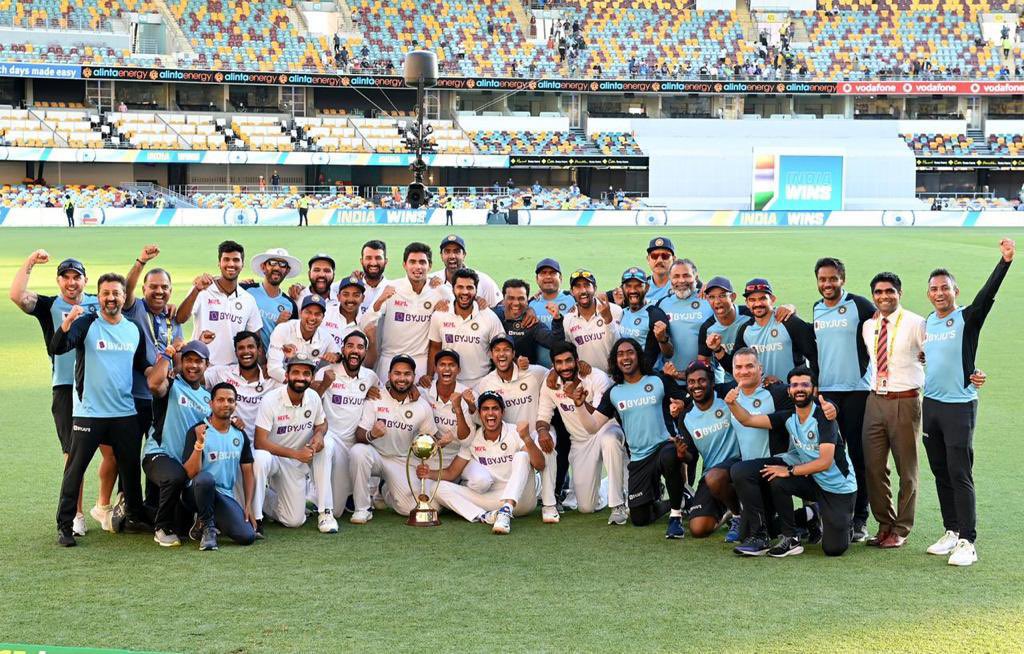 After having played the key role in India's the historic win against Australia in the fourth and final Test to win the series as well as retain the Border-Gavaskar Trophy, Rishab Pant referred to it as "a series we can never forget."

However, Team India registered a three-wicket win over Australia where Pant led the team with a stunning 89 off 138 balls. Apart from him, opener Shubman Gill scored 91. With this win, they showed their sheer dominance over Australia as well.

After the win, Pant took to Twitter and said: "When the chips are down. You push harder. A series we can never forget. Through the tough times we always believed and backed ourselves and this series win proves with belief you can achieve everything."

Rishabh Pant didn't feature in ODI or the T20I series as well. But the young wicketkeeper-batsman did well in the Test series, playing a stunning 97-run knock in the second innings in Sydney and again impressed everyone with the bat in Brisbane on Tuesday.

Pant had called the win as the "biggest moment" of his life at the post-match presentation ceremony. "This is one of the biggest moments of my life now, and I'm happy that all the support staff and all my teammates supported me even when I wasn't playing," he told.

While he was asked about the pitch, Pant said, "It was a fifth-day pitch and the ball was turning a bit. I thought I have to be disciplined with my shot selection."

India head coach Ravi Shastri also applauded the young and talented Pant where he said that Pant often comes in the limelight for his glove-work but they have backed him since he is considered as a "match-winner". "We play Pant abroad because he is a match-winner. When he doesn't keep well, people criticize him but he can help you win matches like these. Had he stuck around for some time in Sydney (drawn third Test), he could have won us that game as well. He has been brilliant and that's why we back him," Shastri was quoted as saying at the end of the game.