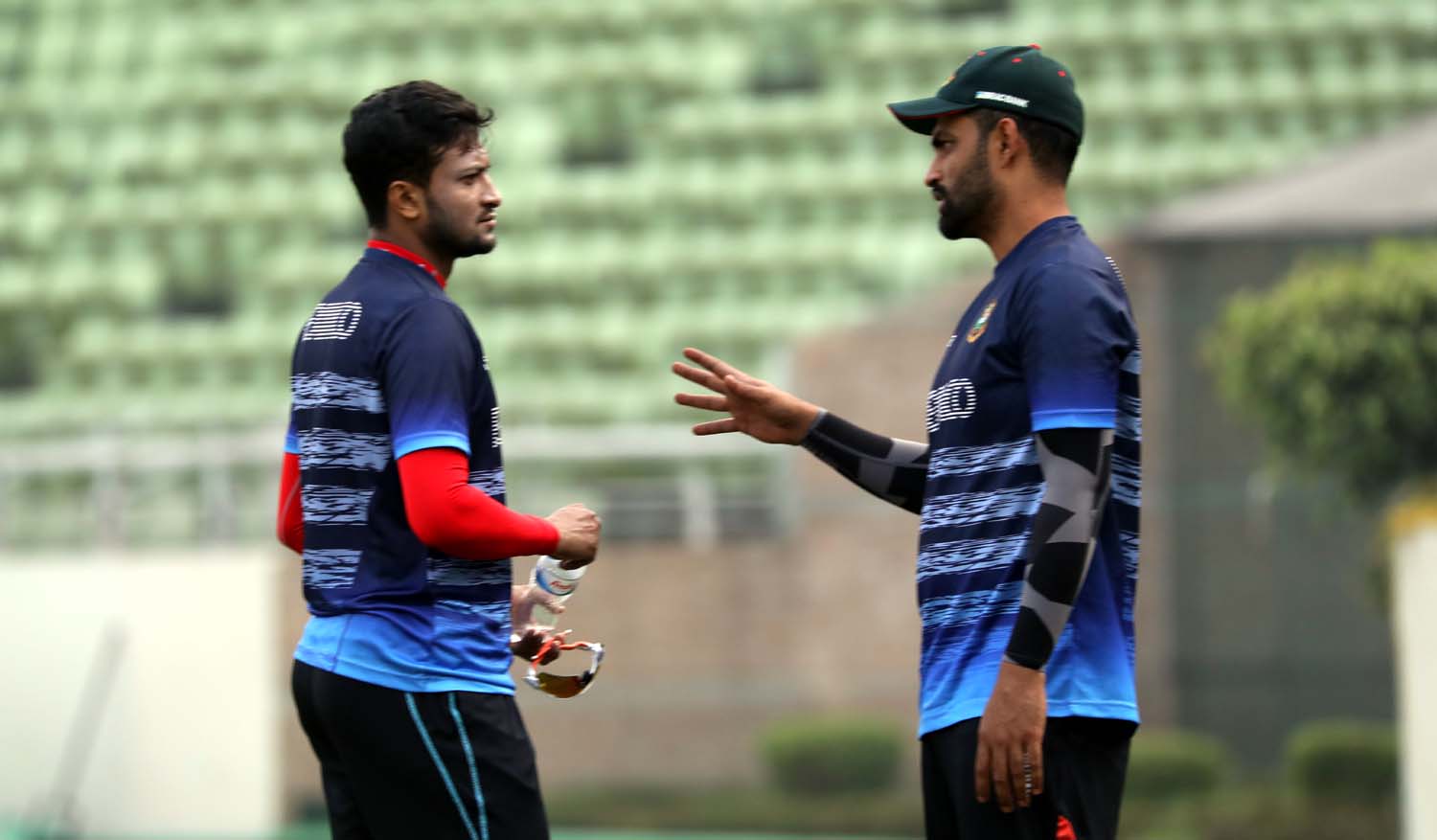 Before the start of the ODI series against the West Indies, head coach Russell Domingo announced the batting line-up of the Bangladesh team, where Shakib Al Hasan has dropped from three to four in the batting position. Although at number three, this all-rounder is one of the best in the world. However, ODI captain Tamim Iqbal said that Shakib has no problem to bat at four.

Speaking at a virtual conference on Monday (January 17), Domingo revealed the Tigers' batting line-up. Where he said, they have planned to play Nazmul Hossain Shanto in this series at number three instead of Shakib.

Discussions and criticisms have started since then. Many people think that Shakib is being forced down to four. However, Tamim said Shakib had no objection to batting in this position. He also said that Shakib was informed about that before the start of the training camp.

"He was clearly aware when we started the camp. I also spoke to him personally. He has heard and understood everything. He has no problem. Moreover, this decision is giving him a chance to be a little relieved. Because he returned to the team after many days.” said skipper.

If Shakib does not feel comfortable to bat in four, he will be back in his previous position, informed Tamim.

“We all know how good he is at number three. That position’s records speak for him, we all know that. But I have personally told him that he has to bat at four. He has also been told that if he is not comfortable, he will go back to three and he agrees with us."

Shakib has passed a fairytale time in 2019 World Cup. Playing at number three, he has scored 606 runs with the bat in a total of eight matches at an average of 87.56. Shakib's average was the second highest in the tournament. Shakib did not play ODIs after the World Cup because he faced a one-year ban imposed by ICC for failing to inform the approach of bookies.

Tigers have been suffering from the lack of a finisher for many years. Although several attempts have been made in the last few years, no one has been able to take a permanent place. Yesterday (Monday) Domingo has hinted, Soumya might play at number seven. BCB is contriving to play Soumya in the number seven batting position. Tamim claimed it was informed to Soumya 4-5 months ago.

"The coach gave a hint yesterday who can play the designated position. He (Soumya) was informed about this about 4 to 5 months ago. It's a place where we haven't got a suitable batsman yet, if you look at the last four to five years.”

However, Soumya has played as the opening batsman in both the BCB Presidents cup and Bangabandhu T20 cup. He will have to fight with 3/4 more people including Mohammad Mithun, Afif Hossain to be permanent as a finisher.