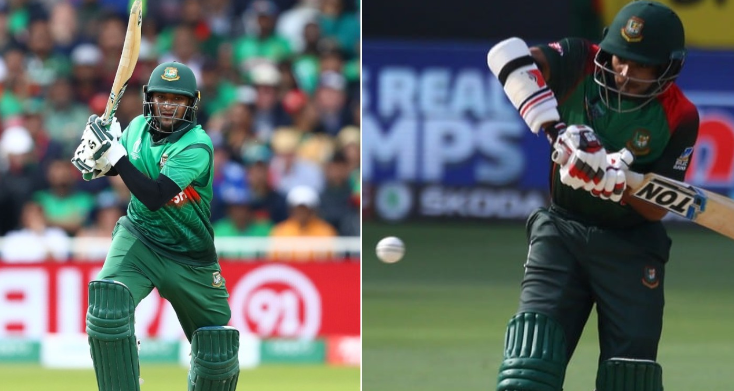 Bangladesh team are all set to play three one-day matches against West Indies as Tigers are returning to international cricket after 313 days due to the corona pandemic. Tigers head coach Russell Domingo has hinted the batting line-up during a virtual conference on Monday (January 16th).

Veteran all-rounder Shakib al Hasan might bat on number four instead of three. That spot will be taken by Najmul Hossain Shanto, a young left handed batsman who is trying to establish himself in the team.

Shakib had an extraordinary period of time in 2019 World Cup. Playing at number three, he has scored 606 runs with the bat in a total of eight matches at an average of 86.57. Shakib's average was the second highest in the tournament. This all-rounder did not play ODIs after the World Cup.

“It is great to have Shakib back. He had an unbelievable World Cup at No 3. But Shakib hasn’t played international cricket in a while so batting at number four which would give him the breathing space coming back into the side. We know he is a world-class player. This batting line-up is not set in stone. We need to look at various options before we settle on a batting line-up.” during the conference Domingo said.

Shanto will get the opportunity to prove himself on national jersey at number three as he showed his spark with the bat on recent domestic tournament, BCB President's Cup and Bangabandhu T20 Cup.

“Obviously Shanto has been in really good form. I think there are young players like Shanto here who are in great form at the moment. He last played against Zimbabwe and we want to ensure the improvement of a few young batsmen. It gives us good maturity and experience in the middle-order.” He said.

Bangladesh will lock horn with West Indies in the three-match ODI series starting on Wednesday at Sher-e-Bangla National Stadium. The second game will be played at the same venue on January 22 while the third and the final match of the series will be played at Chattogram’s Zahur Ahmed Chowdhury Stadium on January 25. The series is crucial to both Bangladesh and West Indies because they are starting their journey of ICC Cricket World Cup Super League with this series.