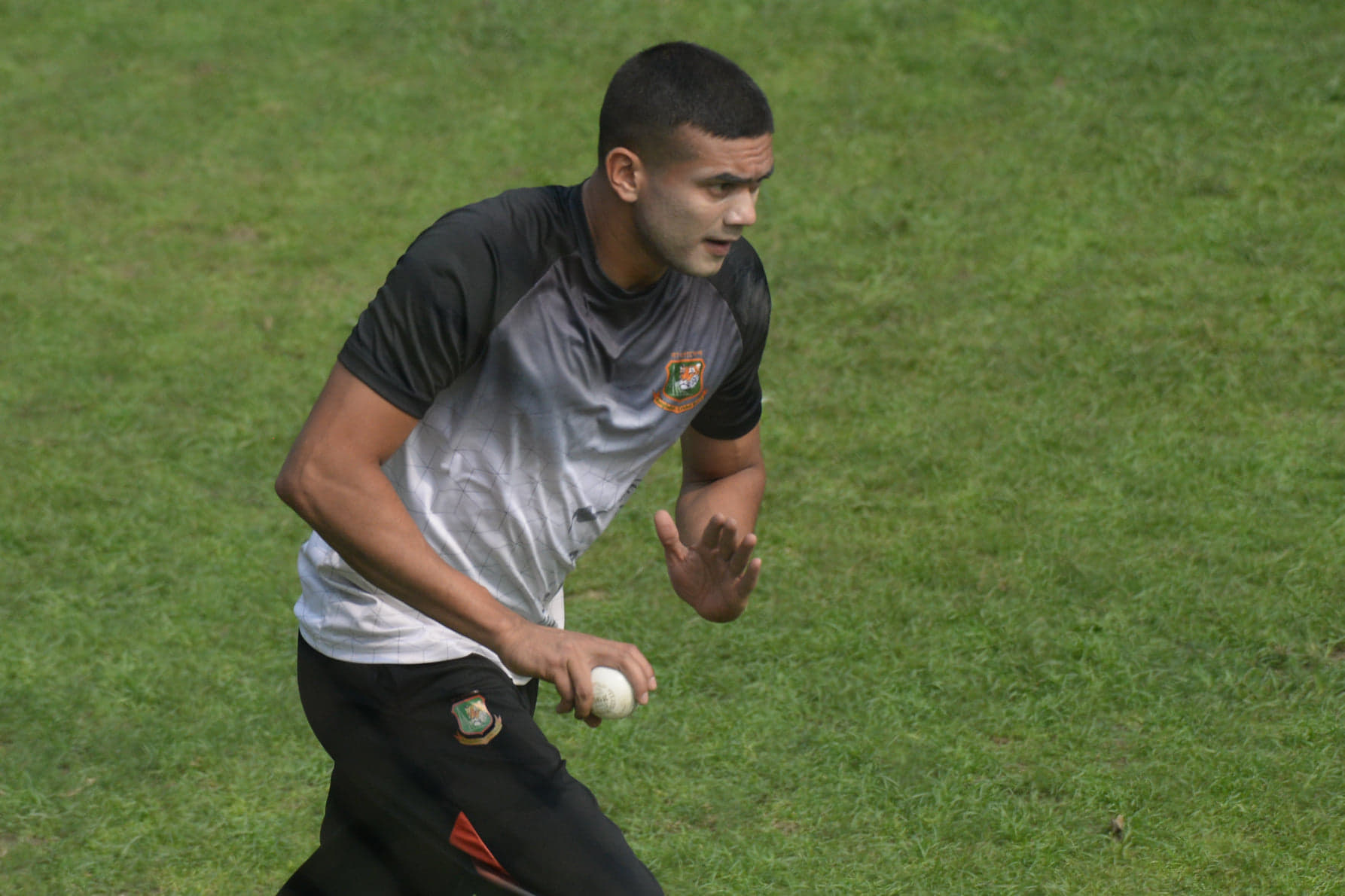 Bangladesh pacer Taskin Ahmed is suffering from a ‌injury ahead of their ODI home series against West Indies. Right-arm pacer injured finger of his left hand during the team’s practice session at Sher-e-Bangla National Stadium on Monday.

While practicing in the net, he had to stop the ball driven by Tamim Iqbal, as a result he wounded the joint between his left hand's thumb and index finger. That’s why he had to give three stitches in his hand.

BCB’s doctor Monzur Hossain Chowdhury confirmed Cricfrenzy that after 72 hours of observation, it will be confirmed whether Taskin will be able to play or not.

“Taskin is well by the grace of God. Yesterday he had to put three stitches. He is under our 72-hour observation. Only skin problems, nothing more. It's a minor injury. So far he is expected to play in the ODI series.” Monzur said.

Bangladesh is set to play their first international series in 10 months taking on tourists West Indies in the three-match ODI series scheduled to start on January 20. Taskin is a part of the Bangladesh ODI preliminary squad.