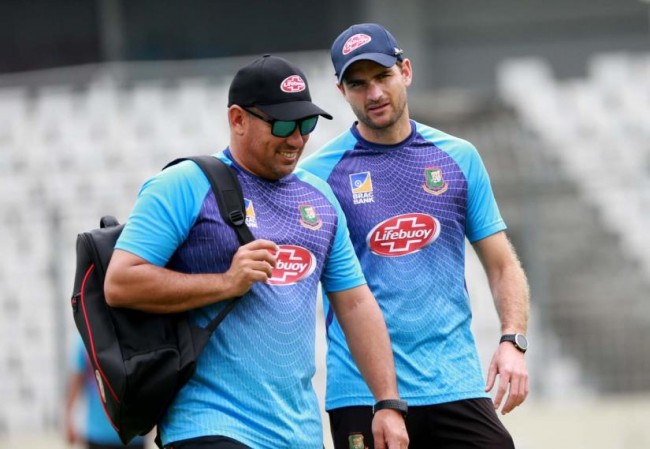 After successfully organizing two domestic tournaments during the corona pandemic, Bangladesh is going to return to play international cricket after 313 days with the one-day series against the West Indies. With the upcoming series looming, the cricketers have started practicing from Sunday.

The fielding of the cricketers in both tournaments was eye-catching. Tigers’ fielding coach Ryan Cook believes the fielders are fully prepared to take the challenge.

“I think fielding with white ball or red ball makes a difference in both cases. Obviously, it seems more important in ODIs and T20s but that does not mean that it is less important in Tests. I think this is very important considering all aspects of the game. In ODIs, you will be under pressure for a full 50 overs in all cases of catching, throwing, ground fielding. I am ready to face that challenge and I am sure the boys are ready too,” Cook said.

Bangladesh fielders have always been good at throwing but weak in fielding and catching. But players are working hard to overcome these weaknesses. And seeing all this, Cook is full of hope with the fielders. The fielding coach wants to make the fielding part stronger in two years by working with the technique.

“I think they have a lot of energy. They are working hard on their fielding. They want to do extra work and improve which I like. They have a lot of work to do with the technique, especially with some aspects of catching and ground fielding. But usually, their throwing is quite good so I hope that this encouragement to improve will help them improve in the next two years.” he added.

The West Indies will take on Bangladesh in the first ODI on January 20. The second and third ODIs will be on January 22 and 25, respectively.

At the end of the ODI series, the Tigers will fight in white jersey as the first Test of the series will be played on February 3 in Chattogram. The second and final Test will kick off on February 11 in Dhaka.