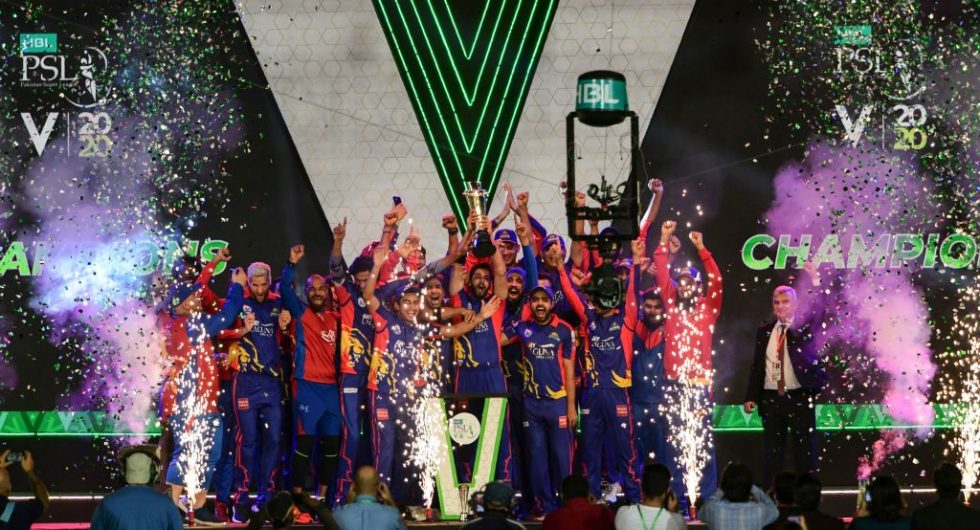 The Pakistan Cricket Board has released the schedule for the 6th edition of Pakistan Super League (PSL). The 2021 edition of (PSL) will be hosted in Karachi on February 20. The Final of the Event will be held on March 22 after more than a month of a battle between the 6 official teams. In the very first match, champions of 2020 Karachi Kings will face the 2019 champions Quetta Gladiators.

Due to coronavirus, this year’s event will be held in only two stadiums in compliance with the bio-safety zone. The tournament has been divided into two parts. The first part is in Karachi, the second part including the play-off and finals will be held on Lahore.

In this regard, PCB Commercial Director Babar Hamid said, “We have had to take tough decision to limit the match between Karachi and Lahore. We have taken this decision in favour of the participants and the country.’

‘We want to limit the unnecessary activity of players as much as possible. So that the players can play in a safe and healthy environment and also they can entertain their spectators with their talents and skills.’

Although all the games were divided into two stadiums due to the corona epidemic, the PCB did not confirm whether the spectators would return to the stadium or not. However, after observing the current situation of the corona, they will make the decision as soon as possible.

In this context, Babar Hamid added, ‘Although we have multiple options. However, the PCB will continue to monitor the situation and about the presence of spectators, the decision will be taken at earliest convenience. Because health and public life are the most important.’

The PCB also mentioned that every foreign cricketer has to enter Pakistan with corona negative certificate. After reaching Pakistan they will be able to join the team in practice only if they get negative results in the two-point Corona test.

Steyn: PSL is more rewarding than the IPL