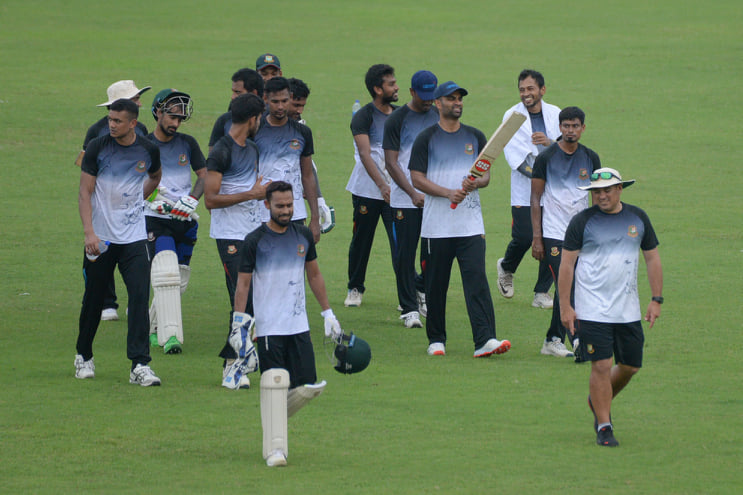 The Bangladesh Cricket Board selectors are planning a meeting on December 24 for finalizing the Tigers’ team to play series against West Indies scheduled to be held in the first week of February.

The upcoming home series against the West Indies is very important for the home side in many aspects.

BCB selectors are expected to announce the team in the first week of January.

Firstly, Tigers will play a couple of Test matches against the tourists. The matches will be part of the World Test Championship (WTC), introduced by International Cricket Council (ICC) in order to revive its golden past and popularity besides other formats of the game.

Bangladesh are yet to open its account in the WTC even if they played three Tests so far. Two of which were against India and one against Pakistan. For this, the Tigers will be looking to chalk up points to break their points barren from the home series.

Secondly, Bangladesh will play a three-match One Day International (ODI) series which will also be the qualifying matches for the 2023 ICC World Cup. So gaining points from the Test series and winning ODI matches are equally important for the home side from both the aspects. It’s learnt from the close sources of the BCB that the national selectors will sit on December 24 to discuss the matter of the players’ selection for the forthcoming series.

The selectors are very much cautious about the selection of players and the formation of Tigers’ squad as well. There was a concern around the Test captain Mominul Haque, who has been struggling to be fit after undergoing an operation for his right thumb injury.

It will take one and half-a-month for Mominul to be fully fit as the team management hopes to get him back before the outset of the Test series which will kick off on February 3 after the ODI series. They are also concerned with the injury of off-spinner Naim

Chief Selector Minhajul Abedin Nannu meanwhile hinted at not looking into the performance of the players in the just concluded Bangabandhu T20 Cup to form a Test squad.

But he said they will give emphasis on experienced and tested players to form their Test squad but young players might be given chances only in ODI series.

But he was reluctant to talk about Mashrafe Bin Mortaza’s inclusion in the ODI series before sitting for discussion with the team management. BCB President Nazmul Hassan Papon pushed the ball in the court of the selectors to select Mashrafe for the ODI series.

Tags: bangladesh vs west indies, West Indies tour of Bangladesh,
Up Next