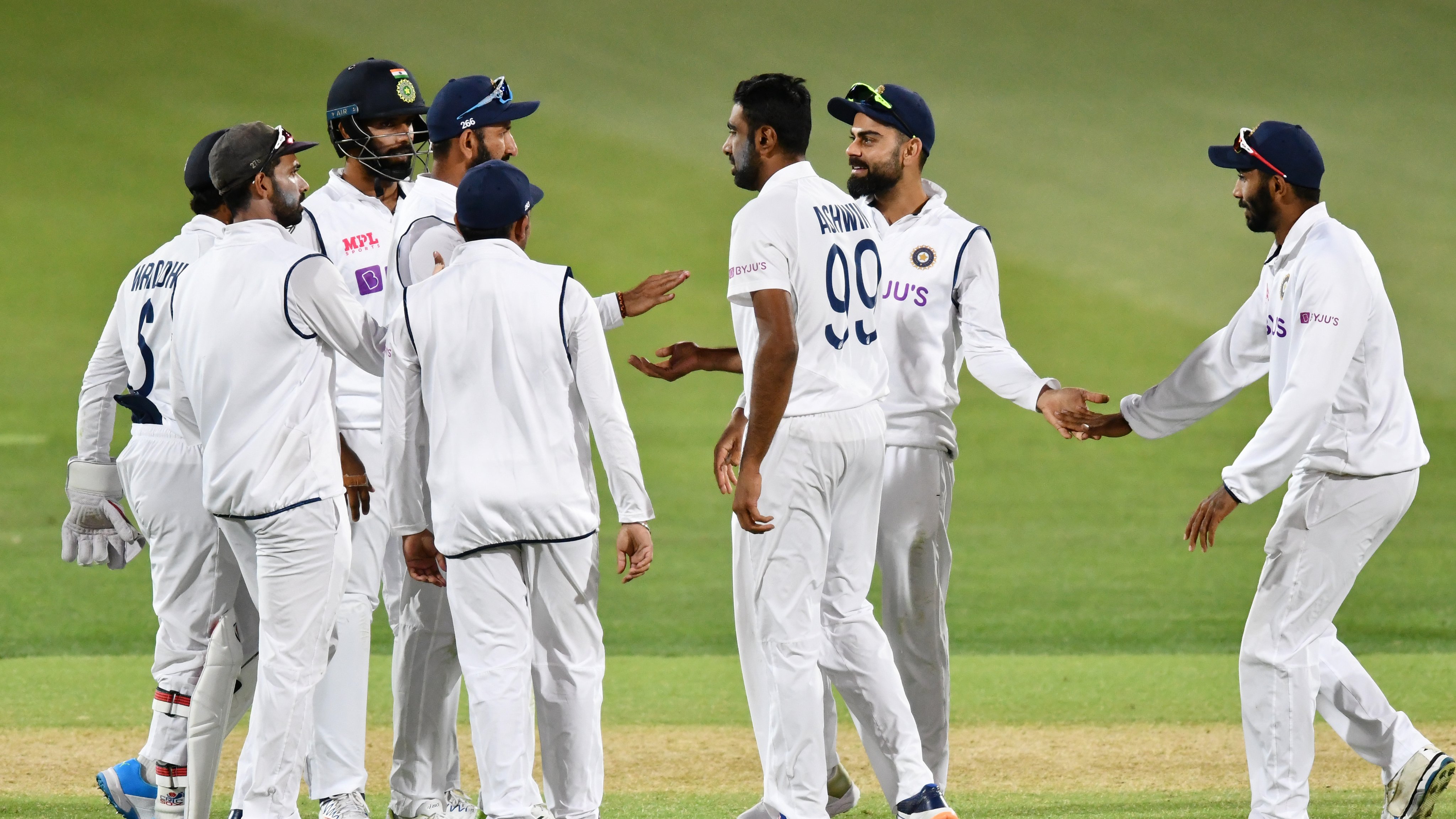 Virat Kohli-led team India has done exceptionally well with the ball in the Day 2 of the 1st Test match of Border-Gavaskar Trophy at the Adelaide Oval. They started the day with the score 233-6, with Wriddhiman Saha and Ravichandran Ashwin in the middle.

However, after the game resumed, the Australian bowlers hardly take time to clean the remaining four wickets as they took only 22 minutes to dismiss all the Indian batsmen as they closed their innings within 4.1 overs and India managed to put up 244 runs on the board.

Meanwhile, Australia’s swashbuckling opener David Warner was out of the squad due to the injury and in his absence, Matthew Wade and Joe Burns opened the innings for Australia.

On the other hand, Indian pace spearhead, Jasprit Bumrah provided with the first breakthrough with his lethal bowling attack and he struck in the successive overs and Australia were reduced to 35/2 at the lunch break. Meanwhile, the Indian fielders had missed out several opportunities of picking up the wickets of the Aussies as they dropped a few catches on multiple occasions as well.

However, Indian veteran spinner, Ravichandran Ashwin did his job well with his first over itself with the dismissal of Smith followed by Travis Head, Cameron Green and Nathan Lyon. Notably, India had missed out a few opportunities before to dismiss Smith after Prithvi Shaw let go an easy catch.

On the other hand, Marnus Labuschagne scored 47 runs after he got two lives. If he had been dismissed earlier, Australia would have been facing more trouble.

At the tea break, Australia were 92 for 5. Tim Paine, the captain held one end and played a crucial knock of 73 runs. Pacers, Jasprit Bumrah took three wickets whereas Umesh Yadav picked up two wickets to bowl the mighty Aussies out for 191 runs giving India a lead of 53 runs.

However, India started their 2nd innings and Aussie bowlers made things worse for India where their key pace bowler Pat Cummins dismissed Prithvi Shaw in the fourth over and the youngster once again became the victim of fiery pace.

With much surprise, Jasprit Bumrah moved up in the order as the nightwatchman and India finished the Day 2 with 9/1 score on the board, having a lead of 62 runs as well.

Tags: Australia, India,
Up Next