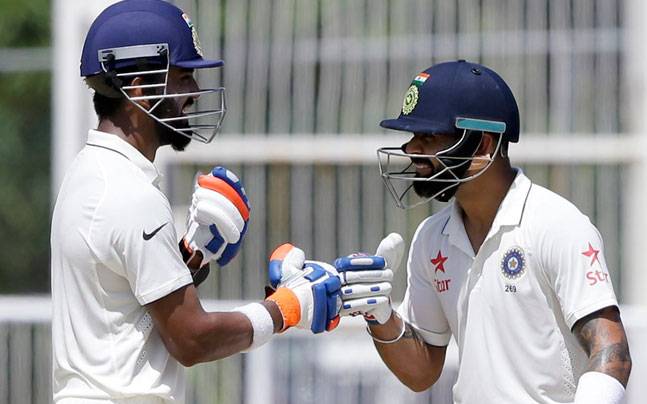 Team India are all set to take on Australia in the much-awaited four-match Test series, where they have a few youngsters in the squad as well. While Mayank Agarwal has played 11 Tests and Prithvi Shaw has played four Tests so far, Shubman Gill is yet to make his debut in the longer format.

Meanwhile, there's KL Rahul who has played 36 Tests so far, but Virat Kohli admitted that he was included into the squad understanding the fact that there are other options above him in the playing order as well. Meanwhile, Kohli also gave the hint that Rohit Sharma will also be a part of the team after his return.

"It all boils down to combination. KL is obviously a quality player. We'll have to see what combination suits the balance of the side the best. Everyone is playing well, feeling good. We have a lot of quality players. Someone like a Hanuma Vihari as well, has been very solid. He's someone who has a lot of grit and character as well," Kohli said in the pre-match press conference.

With KL Rahul not in the playing XI for the Adelaide Test, a day-night affair starting from December 17, the team wouldn’t have Gill as well. However, the captain applauded both of them.
"They're obviously very very talented players and that's why they're here. Shubman hasn't gotten opportunities in Test cricket yet. As and when he gets an opportunity, it will be interesting to see how he goes because he's a very very confident man," Kohli said.

"Prithvi has performed at the Test level, but will be playing in Australia for the first time. Very exciting to see his progress as well. Mayank came to the tour last time and played brilliantly without any baggage. That's the brand of cricket we want youngsters to play, play fearless cricket and read situations for the team. It's exciting to have young guys in the team. You can literally just tell them to go there and enjoy their skill-sets and capitalise when they have opportunities, and let senior guys take the responsibility, pressure and load of a full Test series," he concluded.