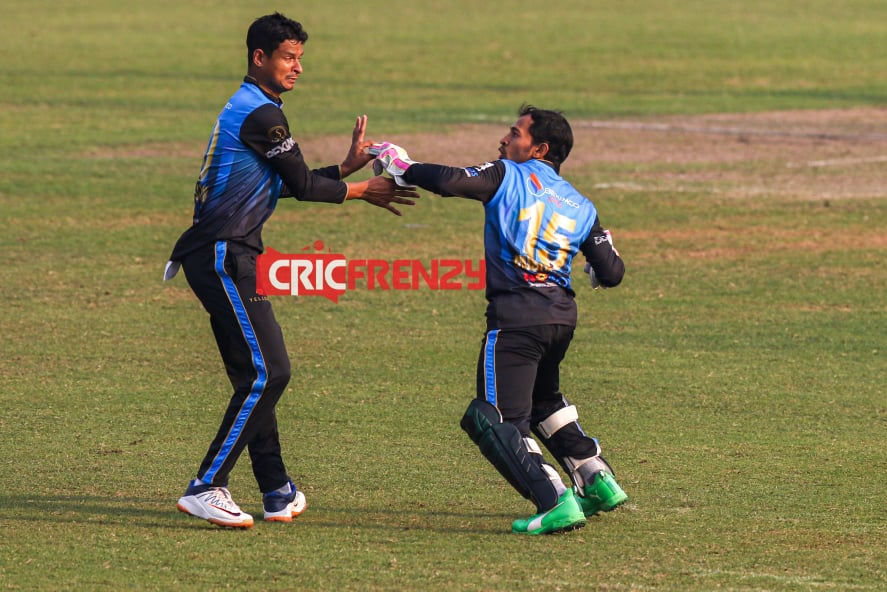 Beximco Dhaka captain Mushfiqur Rahim lost his cool in a tense eliminator match against Fortune Barishal which his side eventually won by nine runs and earned a place in the second qualifier in the ongoing Bangabandhu T20 Cup.

The wicket-keeper batsman was found throwing shadow punches towards his teammate Nasum Ahmed, with whom he collided while trying to take the catch of Afif Hossain who was looking menacing but went out after scoring 55 runs of 35 balls.

Both Nasim and Mushfiq went for the catch, which Afif spooned behind the wicket and both the fielders ran after the ball which was ultimately grabbed by Mushfiq who narrowly avoided the collision and became furious towards his teammate.

‘’Alhamdulillah. Everything is fine. Despite the victory, we have more room for improvement as individuals and as a team. So there is another match tomorrow, I hope I will win, let's see I hope we can play as a team,’’ said Mushfiqur when his attention was drawn regarding the matter,

But ultimately, both left the field happy as Dhaka won the match by 9 runs and stayed alive in the tournament with a chance to play in the final by winning the second qualifier on Tuesday.
After being sent to bat first, Dhaka had a shaky start and managed to put together a below-par total of 150 runs for the loss of 8 wickets.