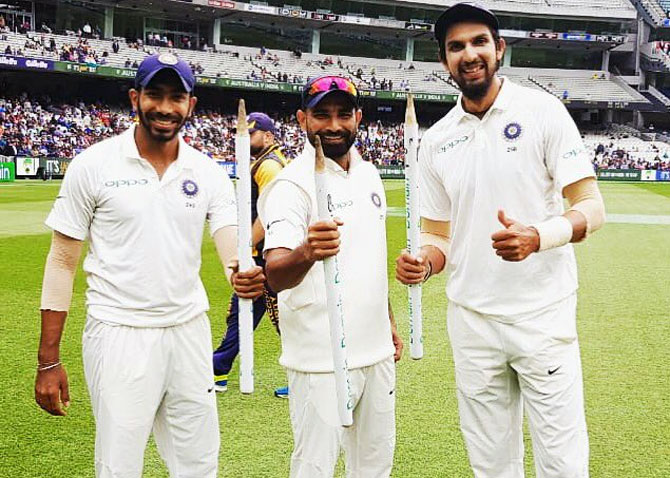 The recent rise of India as a fast bowling unit has impressed not only fans but cricket experts as well. And former Australia captain, Allan Border is impressed with the kind of fast bowlers that Virat Kohli’s team has. The fast-bowling unit comprised of Jasprit Bumrah, Mohammed Shami, Ishant Sharma and Umesh Yadav. They helped India dominate in the overseas condition as well.

However, among all, he was impressed the most by Jasprit Bumrah. Ever since his India debut in 2016, and Test in 2018, Bumrah has evolved as the key India bowler. Eventually, he became the fastest Indian pace bowler to reach 50 Test wickets too where he took only 11 Tests.

“It’s incredible, his rise through the ranks just out of probably IPL. It started there and he has just taken the world of cricket by storm. He has an unusual action, everyone thought he is going to struggle with injuries and things like that. He has had a little bit of a niggle of late,” Border said during a discussion on Australia’s Cricket Network.

“He is the real deal, isn’t he? He just has the awkward action but he bowls at good pace, so not the classical way of doing things. It is very much an Indian thing really, they just let the kids develop their own styles,” he again shared.

“India really needed to develop some fast bowlers, didn’t they? Every time they toured anywhere, they were presented with grassy pitches, pace-friendly pitches. So the days of playing three or four spinners are long gone. Bumrah is an interesting one, because he has the shuffling run-up to the crease and really just explodes out of the hand. He can get some serious pace too; he can go to 140-plus.” Border concluded.