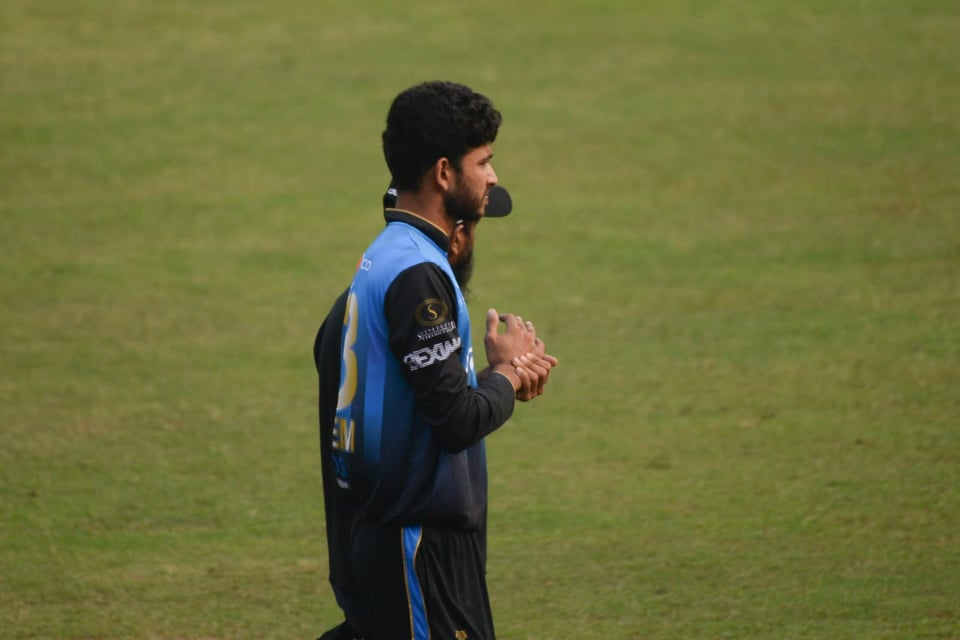 Bangladesh premier off-spinner Nayeem Hasan is ruled out from the ongoing Bangabandhu T20 Cup for sustaining fracture in his the little finger of his right hand, said BCB officials on Saturday.

BCB will sit with specialized doctors on Sunday to discuss regarding the future of Nayeem as there is a chance he might need to go under the knife.

Nayeem, who was 12th man for Beximco Dhaka during the match against Gemcon Khulna on December 10, dived to save four fielding at wide deep square-leg ball and in the process injured the little finger that had surely ruled him out from the ongoing Bangabandhu T20 Cup.

‘’He is ruled out from the tournament while we are planning to include Arafat jnr as his replacement,’’ said an official of Beximco Dhaka.

The injury can make Bangladesh team suffer as well considering he may be ruled out from the upcoming home series against West Indies if he needs to go under the knife.