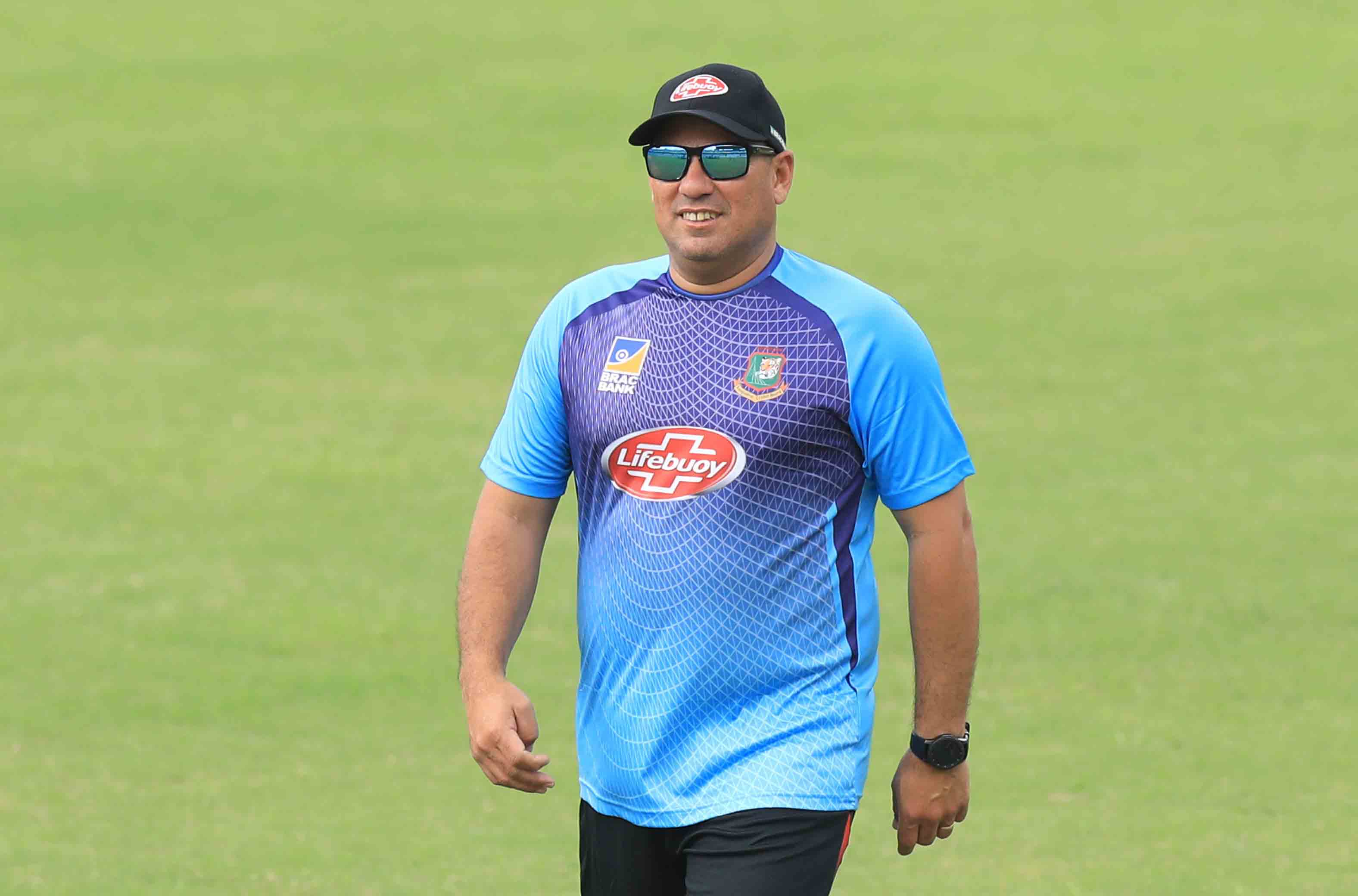 Domingo is expected to arrive in January when Bangladesh began their full-fledged preparation for the home series against West Indies.
Earlier, Domingo arrived in Dhaka from South Africa on November 25 while no other members of the foreign coaching staff accompanied him during his stay in Bangladesh.

While Domingo was seen observing the performances of cricketers during the BCB President's Cup this time round he wanted to see the skill set of the younger generation along with national stars in the shortest format.

‘’Domingo will join us in January,’’ said BCB Cricket operation chairman Akram Khan adding that since the other staff on the team did not have any work to do they did not come.