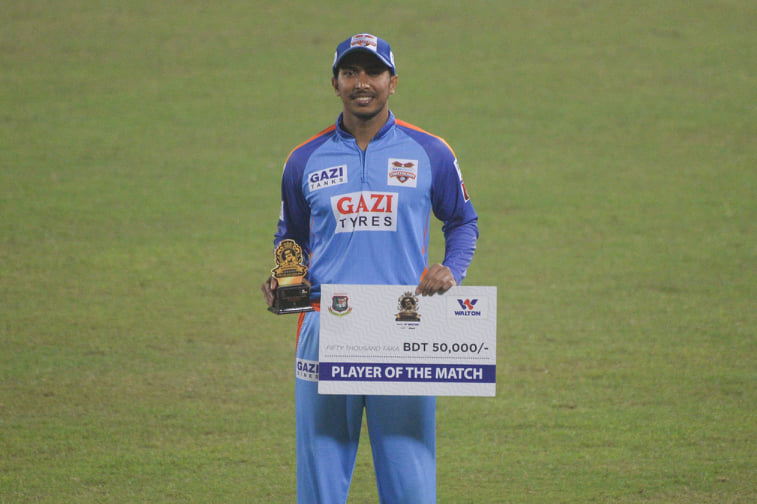 Chattogram picked 12 points from seven matches while they Minister Group Rajshahi against first round match at the same venue Saturday.

Barishal, who have four points from seven games, take on Beximco Dhaka in the other game on the same day to decide the fourth and final playoff berth.

Second from bottom Rajshahi have the same number of points as Barishal so net run rate is likely to come into play not only to decide the playoff line-up, but also for the second spot, currently occupied by Gemcon Khulna on NRR ahead of Dhaka. Barishal earlier posted 149/6 after being asked to bat first.

But the rest of the Barishal batsmen all floundered and were unable to capitalize on the platform laid by the openers with the exception of youngster Afif Hossain (28 not out) and Parvez Hossain Emon (14).

Chasing 150 for victory, Chattogram cruised to their target in 18.4 overs losing just three wickets, riding on their 79-run opening stand.

Chattogram opener Soumya Sarkar scored 62 off just 37 balls with seven fours and three sixes, while his opening partner Saykat Ali made a 33-ball 39.

Saykat replaced the in-form Liton Das, who was rested by Chattogram ahead of the all important playoffs, and gave a good account of himself, hitting half a dozen fours and a six.