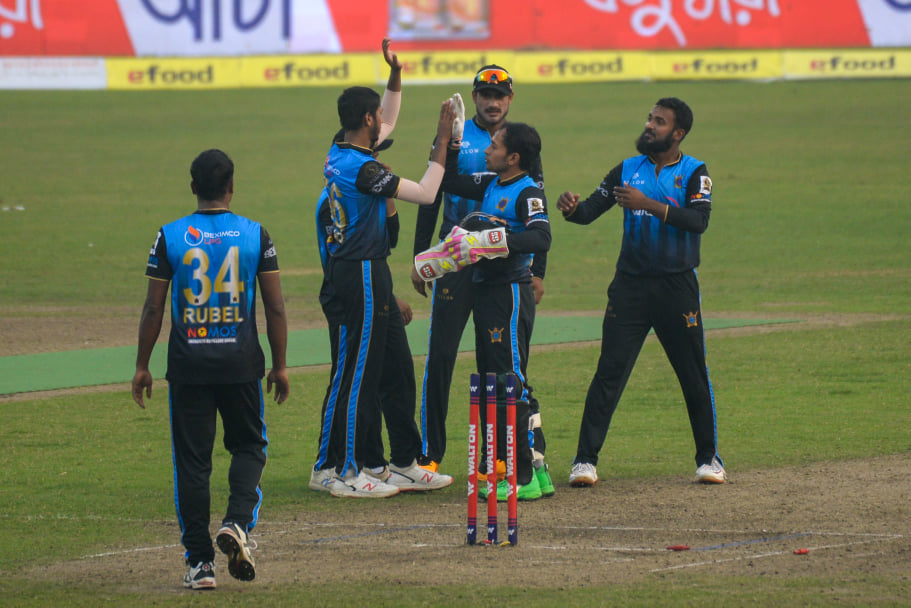 Beximco Dhaka earned a spot in the play-off despite losing their opening three games as they picked the momentum at the right time that helped them earned fourth straight win in the ongoing Bangabandhu T20 Cup.

Dhaka were off to a flitting start as Naim Sheikh played an quick-fire knock of 36 off just 17 balls including 4 sixes in a over of Shakib Al Hasan. Then Sabbir Rahman who came back to the playing eleven in this match added 64 runs with Al-Amin and keep the scoreboard running.

Then Akbar Ali changed the match with a 14-ball 31-run knock to power Dhaka posting 179 for 7. Sabbir was the highest scorer with 56. Shohidul Islam grabbed 2 wickets for 31 for Khulna.

Khulna top order again struggled for runs except as they were reduced to 95 for 6 in 14th over. Jahurul was the only batsmen looked in good touch and scored 53. Later Shamim Hossain played a cameo knock of 24 in 9 balls but it was not enough chase down the target. Eventually Khulna were all out for 159 in 19.3 overs. Robi scalped 5 wickets for 27.

Dhaka will face Fortune Barishal in their next match on December 12.