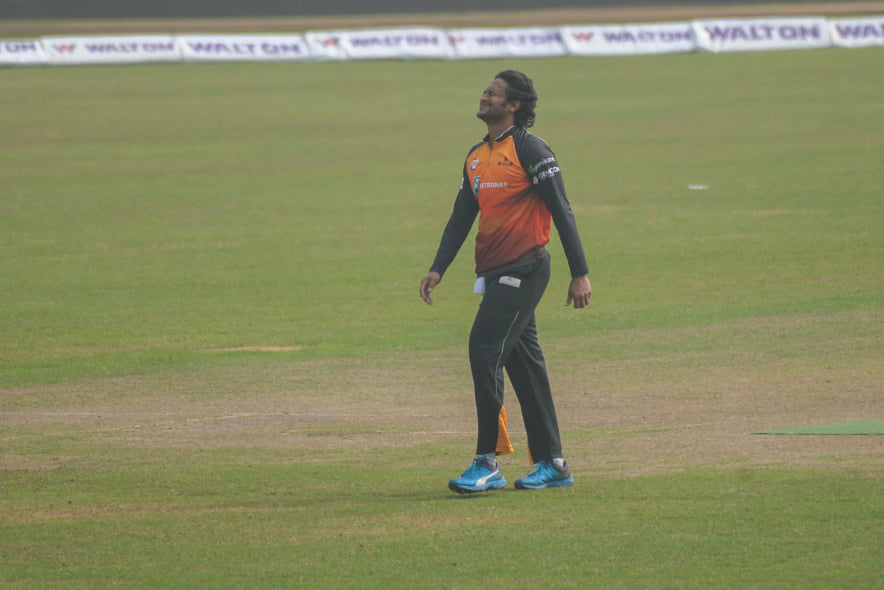 Bangladesh premier all-rounder Shakib al Hasan said that he is not sure what is going wrong with his cricket as he is failing to impress in the ongoing Bangabandhu T20 Cup.

Shakib failed to impress in ongoing Bangabandhu T20 Cup’s league-phase as he completed eight matches without coming up with any superlative performances expected by him.

Shakib was the major talking point ahead of the competition considering he was making a comeback to competitive cricket following his one year ban that he received by ICC in 2019 for failing to report corrupt approaches.

The performance of Shakib in the first few games never raised any concern considering he was making comeback after a long lay-off.

Doubts were raised on his ability following his string of below-par performances though he looked economical with his bowling, giving away 172 runs in 30 overs with an economy of 5.70 while he picked five wickets so far in the competition.

Though it is too early to suggest that he is going through a rough patch but certainly things are not working the way he would have liked precisely if his batting is taken into consideration.

‘’I don’t know when I will make a comeback,’’ Shakib was quoted after the game against Dhaka Dynamites on Thursday.

‘’I will try to do well and let see what happens,’’ he said.