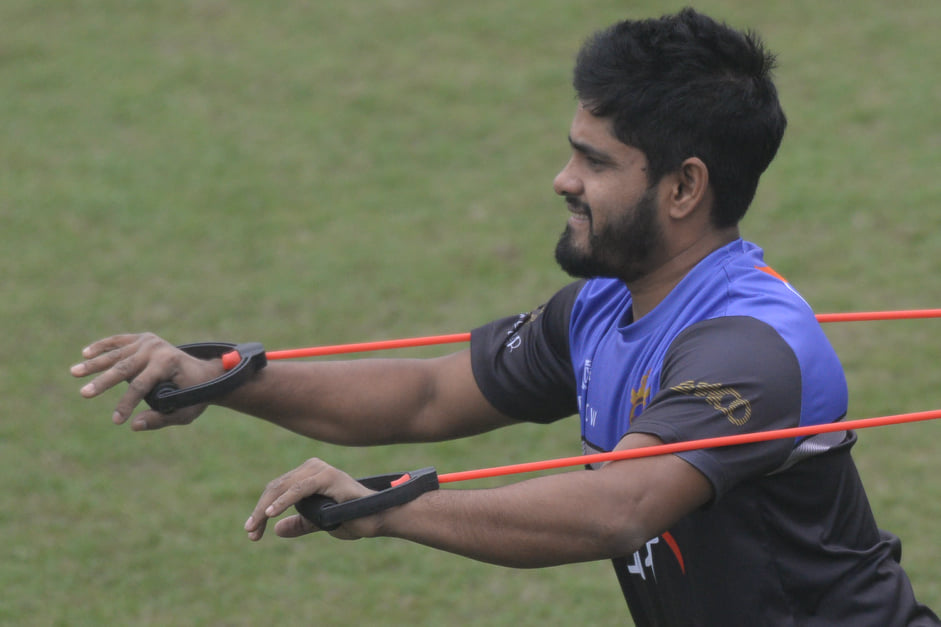 Jayed, who was representing Fortune Barishal in the ongoing Bangabandhu T20 Cup, received the injury while bowling his second ball of his third over against Minister Rajshahi in the opening game of the day.

Jayed suddenly stopped just before releasing the ball and looked to be in severe pain that forced authorities to sent stretcher to take him out of the ground.

‘’I would like to inform that Abu Jayed Chowdhury Rahi got injured in yesterday match After physically examine his left quadriceps muscle its looks like he got first degree tear in the Rectus femoris muscle . It will take at least fifteen days for him to get back in the cricket,’’ said Barishal management,

‘’In replace of injured Rahi Fortune Barishal team include Salahuddin Shakil in the squad,’’ added management.

In another movement, Beximco Dhaka replaced Mehedi Hasan with Al Amin junior as the former is currently isolated for covid-19 symptoms.

‘’We have included Al Amin jnr in place of Rana,’’ said Beximco official on Thursday.