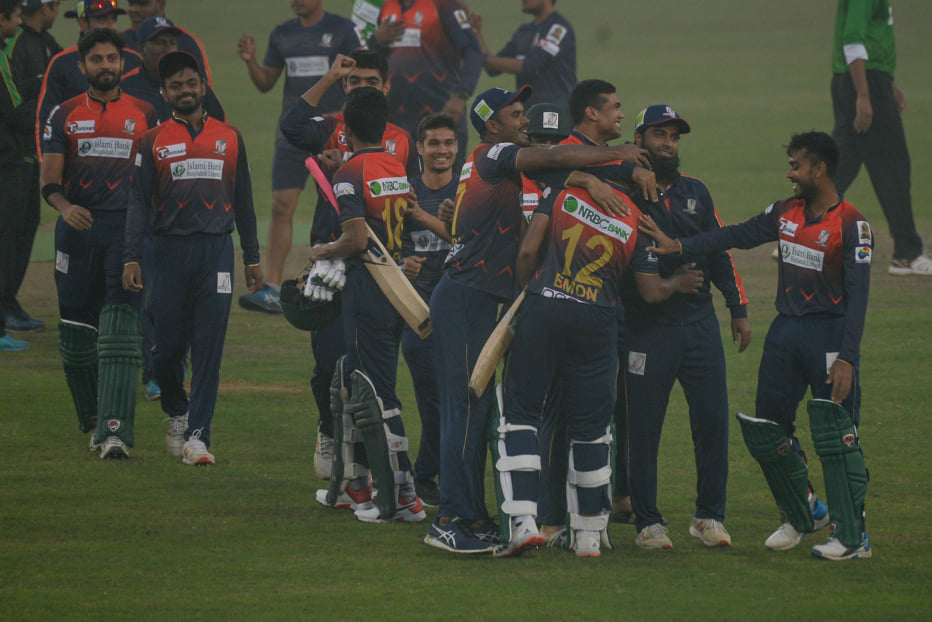 Tamim Iqbal won the toss and invited Rajshahi to bat first. Najmul and his opening partner Anisul Islam grabbed the opportunity in both hands as they shattered the Barishal bowlers. They made record 131-run stand before Sumon Khan broke the partnership by dismissing Anisul on 69.

But Shanto kept the charge as he went onto score his maiden T20 century scoring 109 off 55 balls incuding 4 fours and 11 sixes. Kamrul Islam Rabbi took 4 wickets with a hat-trick in the final over but the damage was done as Rajshahi posted 220 for 7 in 20 overs.

Barishal needed a decent start in the big chase and they got it as Saif Hassan scored a quickfire 27. Parvez Hossain Emon then joined with Tamim Iqbal and changed the match with a 117-run partnership. Tamim was unfortunately got run out on 53. But Emon was at his very best as he charged over all the Rajshahi bowlers to score his maiden century in T20s.

Emon sealed the match in the 19th over with a boundary and also remained unbeaten on 100. During the innings, Emon broke Tamim’s previous record of quickest century in T20s among the Bangladeshi batsmen. Emon got little support from Afif Hossain who chipped in with 16-ball 26 to help Barishal winning the match with 8 wickets in hand. Mohammad Saifuddin got 1 wicket for 40 for Rajshahi. Emon named the player of the match for his match-winning knock.