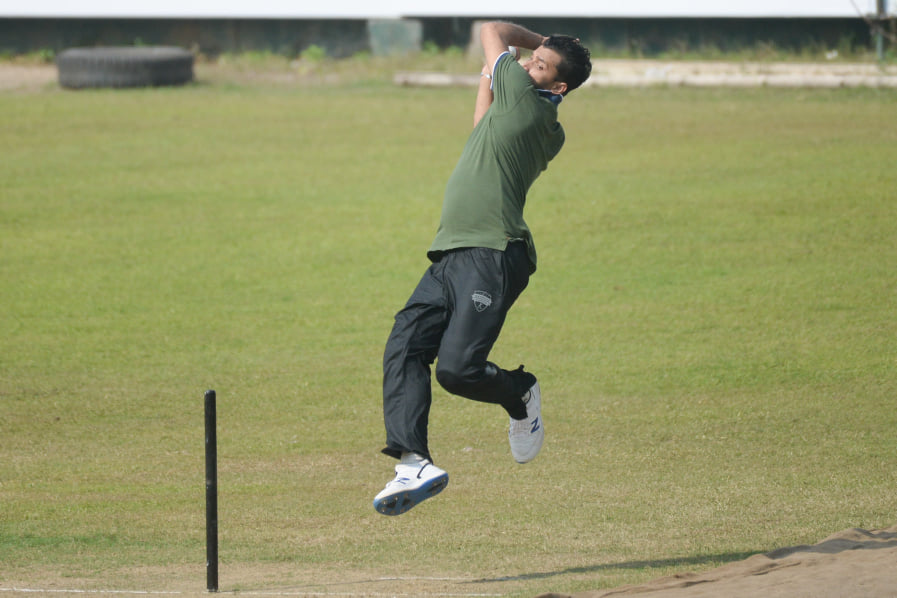 Former national ODI’s skipper Mashrafee bin Mortaza had an individual training session at the BCB academy premises on Monday as he prepare to join Gemcon Khulna in the ongoing Bangabandhu T20 Cup. BCB did not include Mashrafee’s name in the draft list as he injured his ankle while playing football ahead of Bangabandhu T20 Cup.

Mashrafee was unsure about his future considering he was out of sight for many days but the way four teams out of the five participating sides shown interest for him only suggest they amount of faith they have in his ability and his experience.

Gemcon Khulna was the lucky team to have Mashrafee after they won him in the lottery and it seems he is determined to give it one last shot as time is running out for him to prove his potential and make a claim in the national team ahead of the upcoming home series against West Indies, who are due to arrive in January for three Test along with three ODIs and two T20Is.

While his teammates where enjoying a break in the hotel, Mashrafee had an individual training session to make sure that he is fully prepared before joining them in the evening, being cleared after receiving corona negative report earlier.

Mashrafee looked totally focused to make sure he bowls to his strength during his training session that lasted for 40 minutes where he bowled 42 deliveries apart from running after completing his bowling session in the net.

Initially he bowled an over in short run-up that looked to be part of warming him up but once that was over he started bowling in full-run up where tried all the tricks under his sleeves.

Though his first two deliveries was not up to the mark but from the third ball onwards he looked to have settled down during the spot bowling session and with passing time he began to get hold of his control that remained one of his major strength at the latter part of his career.

In between the bowling he was also having a close look at his landing considering he is making a comeback after a long gap and in order to do so he used his mobile by keeping that fixed in a chair to capture the moments and let him know if anything requires to be done in the last moment.

Whether Mashrafee makes a statement or not is matter that will be decided in the upcoming days in the Bangabandhu T20 Cup but for now he is raring to go.