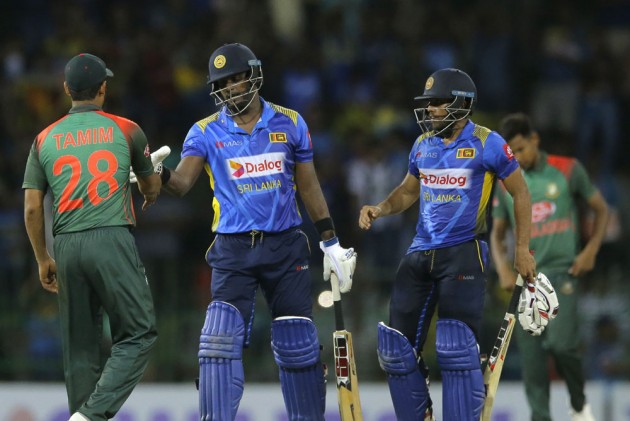 Bangladesh Cricket Board official said that they have started discussion regarding rescheduling the postponed tour with Sri Lanka Cricket, comprising with three Tests.
Bangladesh were scheduled to play three Tests in July but that had to be postponed as BCB informed SLC that a conducive environment has still not arrived for the players to take part in an international cricket series due to the Covid-19 crisis.

The tour was rescheduled with the first Test from October 24 but BCB asked SLC to reschedule the tour as they were not willing to comply with the 14-day quarantine rule.

BCB’s cricket operation chairman Akram Khan confirmed Cricbuzz ‘’Yes, we have started talking with SLC regarding the postponed tour as we are keen to play the series in between the tight schedule that we have next year,’’ BCB’s cricket operation chairman Akram Khan told daily sun regarding the latest development about the tour of Sri Lanka adding that they are expecting to hear positive response from the islanders.

Both Sri Lanka and Bangladesh are trying to pick April- May slot for the series that is part of ICC Test Championship.

According to BCB officials they are expecting to receive the same treatment that will be applicable for the England team, who are scheduled to tour Sri Lanka in January for two-match Test series.

Earlier, Sri Lanka health ministry in a surprise move proposed no quarantine for the visiting England team in the island nation, as opposed to the 14-day mandatory quarantine set for the Bangladesh side.

While BCB had to ask SLC to reschedule the tour as they were reluctant to reduce the 14-day mandatory quarantine that will be in place for the visitors, it will not be the same for the England team.

England is expected to arrive around January 3 and will have about 11 days before the first Test, which will be played from January 14-18 while the second Test will take place from January 23-27.

Tags: Bangladesh tour of Sri Lanka,
Up Next