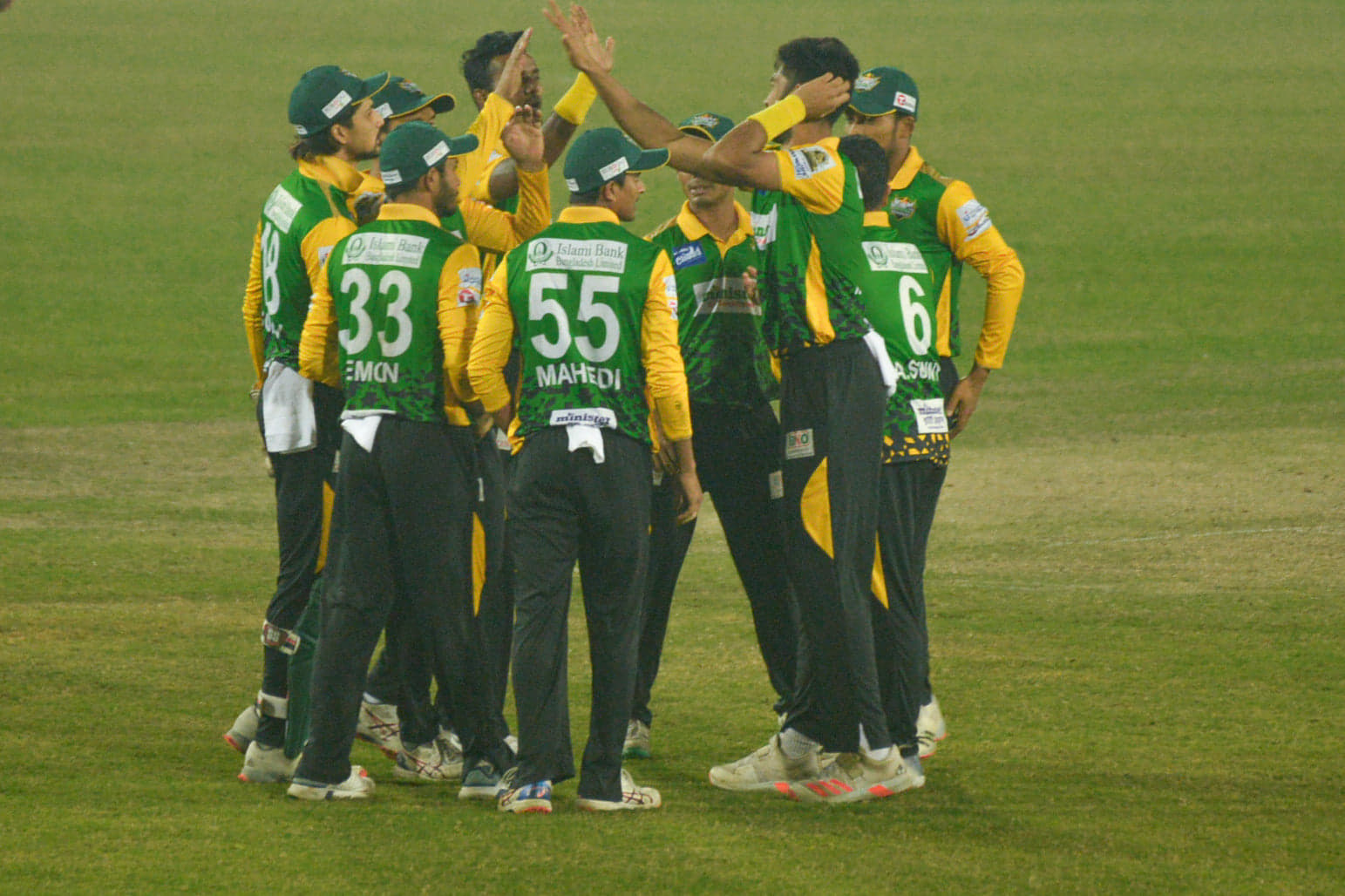 Gemcon Khulna will be eyeing to keep their good form against Minister Rajshahi considering the latter looks out of sort after a convincing start in the tournament.

Gemcon Young wicket-keeper batsman Zakir Hasan blistering half-century helped them moved up to the second position in the points-table as they defeated Fortune Barishal by 48 runs in their last game.

Khulna’s skipper Mahmudullah insisted that he is happy to see the all-round effort by his team mates.

‘’I feel it was a great win from all the aspects. Both batsmen and bowlers did well and we did well as a team. I am happy seeing this,’’ said Mahmudullah.

On the other hand Rajshahi will be hoping that their premier all-rounder Mohammad Saifuddin, who was seen trying to recover from his injury that ruled him out so far in the tournament, gets fit to play at the earliest possible time.

‘’Let’s see what happens as far as he is concerned but we are hoping to get him soon. After the practice session we will talk with the physio,’’ said Rajshahi manager Hannan Sarkar on Saturday.