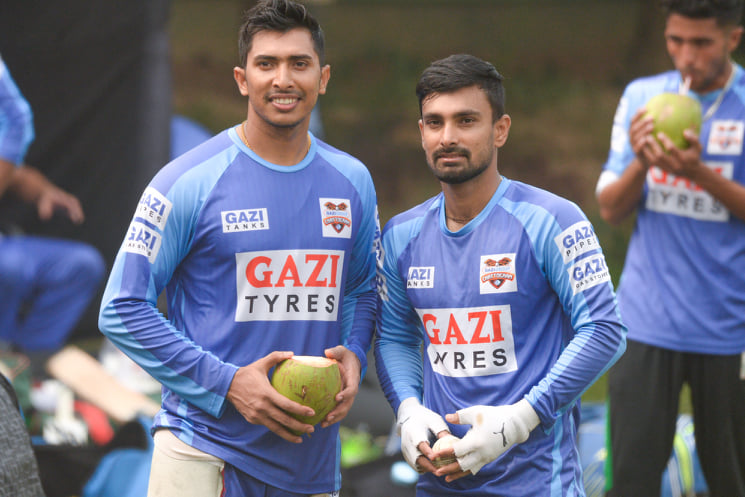 Gazi Group Chattogram looks determine to keep their winning streak intact as they prepare to take on spirited Beximco Dhaka in the ongoing Bangabandhu T20 Cup on Sunday.

While Dhaka eventually looks to get into the groove after earning two back to back wins after three successive defeats while Chattogram won all their four games that they played so far in the competition.

Chattogram picked pace bowler Ruyel Miah as replacement of Mominul Haque and he was welcomed by his team mates in the practice session considering he joined the squad for the first time.

Chattogram’s pace bowler Shoirful Islam, who also played his part well in the competition so far, said that he is enjoying bowling under the guidance of Mustafizur.

Bowling with Mustafizur is a great learning experience for me as he guides me when I am bowling,’’ Shoriful told reporters on Monday.

On the other hand Dhaka feels that they have got the required momentum in the competition after earning their second successive win.

Dhaka’s inform burly Yasir Ali, who had contributed behind both their win, feels that they just need to keep on moving forward leaving behind their earlier disappointment.

‘’In the first few games we failed to find the rhythm but in the last two games we have won and surely it will enhance our confidence going forward to the competition,’’ said Yasir.