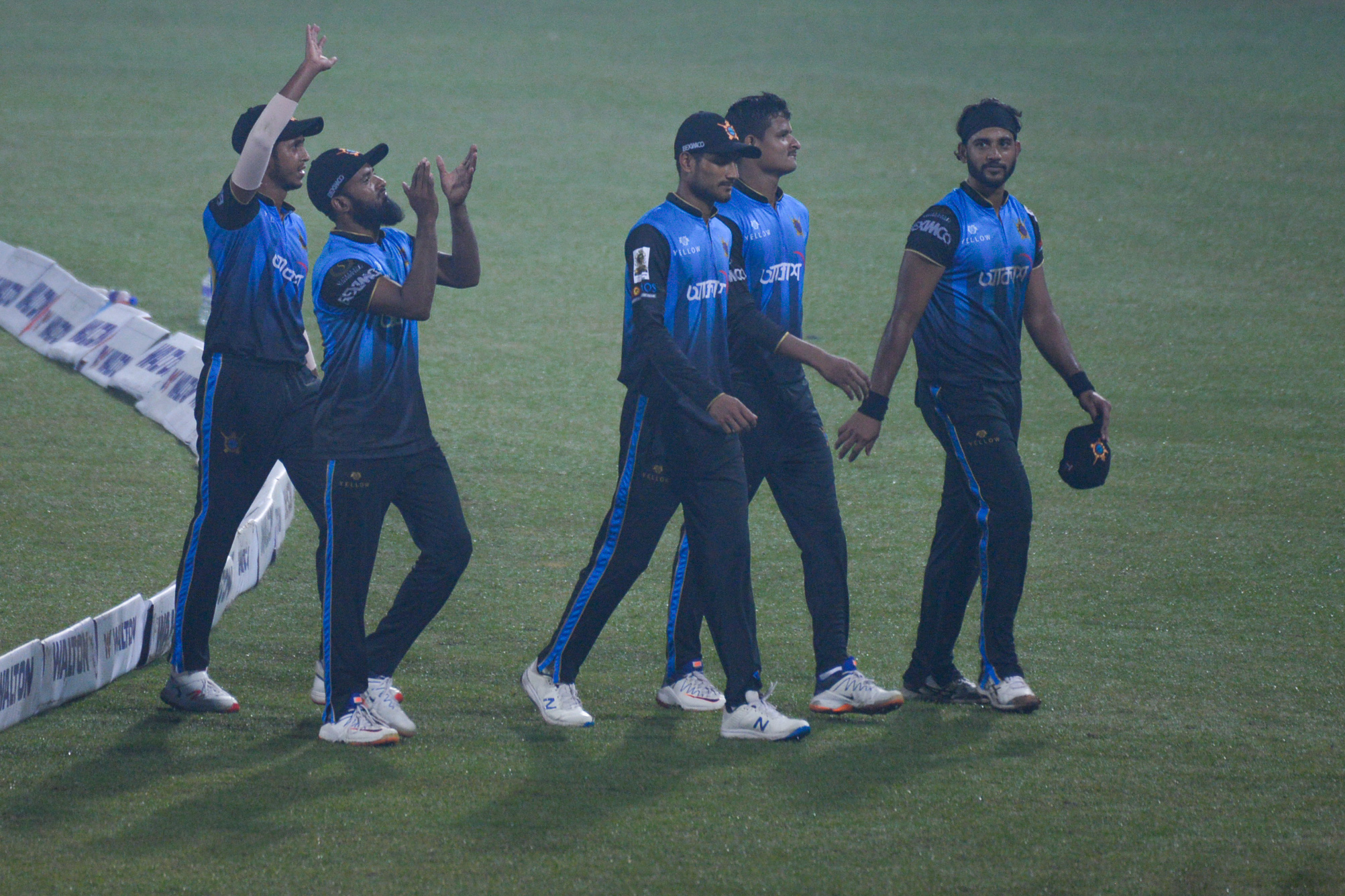 Following three straight losses in the Bangabandhu T20 Cup, Beximco Dhaka scripted a remarkable turnaround as they registered their second victory in a row Friday as they defeated Minister Group Rajshahi by 25 runs at the Sher-e-Bangla National Cricket Stadium on Friday.

In the process, Dhaka moved aside from the bottom of the standing and into the fourth and final playoff spot, while Rajshahi are third with four points from five matches.

After restricting Dhaka for 175/5, the second highest total of the tournament, Rajshahi managed 150 losing all of their wickets in 19.1 overs.

Left-handed batsman Fazle Mahmud scored a fighting half century with five fours and three sixes while right-hander Rony Talukdar made a brisk 26-ball 40, but that looked hardly enough for them.

Left-arm pacer Shafiqul Islam picked up three wickets for the capital city outfit to help them script the win and stay in contention for a place in the playoff after they posted a competitive total in their allotted 20 overs.

Skipper Mushfiq played a handy innings at No 3 as he scored 37 off 29 balls with three fours and a six but the capital outfit faced slight trouble when they lost Mushfiq with struggling at 64/4 inside 12 overs.

But from that position, in-form batting duo Yasir Ali and Akbar Ali formed a superb 100-run stand which turned the tide for Dhaka.

Both the batsmen played beautifully as their partnership came off just 54 deliveries, giving Dhaka the upper hand in the later stage of the innings.

The burly Yasir hammered 65 off only 39 balls with nine boundaries and one over boundary while U-19 World Cup winning captain Akbar remained unbeaten on 43 off 23 deliveries with three fours and a couple of sixes.