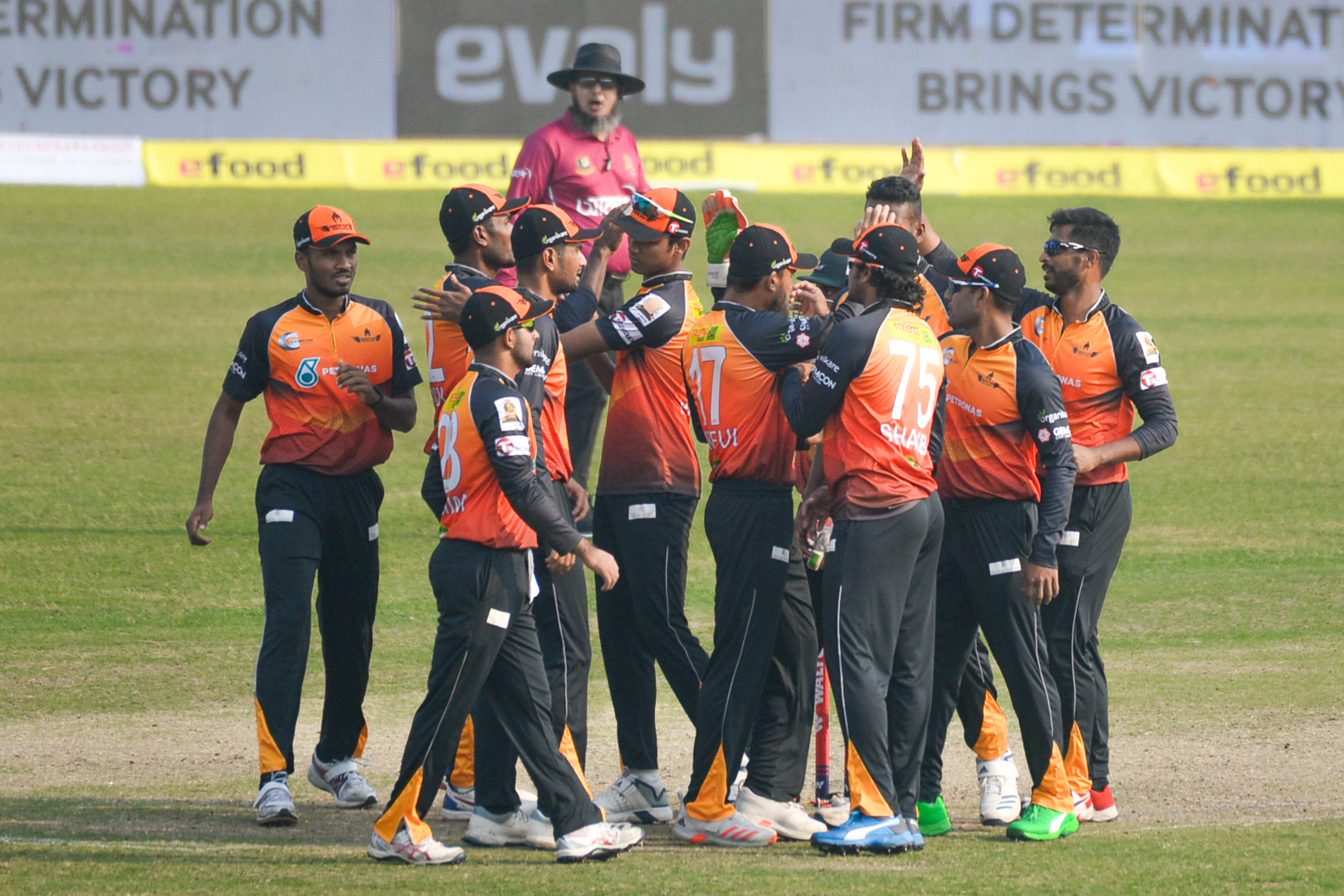 Young wicket-keeper batsman Zakir Hasan blistering half-century helped Gemcon Khulna moved up to the second position in the points table as they defeated Fortune Barishal by 48 runs in the Bangabandhu Twenty20 Cup at the Sher-e-Bangla National Stadium on Friday.

Khulna, who had been struggling with their top-order throughout the tournament, seemed to have found a solution in Zakir Hasan as the left-handed batsman in his first match in the tournament, played a crucial knock of 63 off 42 balls to help Khulna post a healthy total of 173-7.

Later Barishal were bundled out for 125 all out in 19.5 overs, Shuvagoto Hom, Shahidul and Hasan Mahmud picked two wickets apiece.

In the second wicket partnership, Zakir and Imrul Kayes put together 90 off 68 balls where the latter contributed 37 off 34 balls.

Shakib Al Hasan got a nice launchpad but could not fire as he was out for 14 while skipper Mahmudullah played a cameo of 24 off 14 balls to help Khulna amass their highest team total so far in this tournament.

Khulna skipper Mahmudullah said after their convincing win that they are elated to come up with an all-round effort.

I am happy with the way we played because I think it is an excellent win. Both the batsman and bowler showed their character by performing well in the middle,’’ Mahmudullah was quoted after their convincing win over Barishal on Friday.

‘’It was an excellent all-round performance,’’ he said adding that Zakir grabbed the opportunity with both hands provided by the team management.

‘’He ( Zakir) batted well in the nets so we felt let’s give him a chance and rest  Anamul so that he can get the fuel to bounce back,’’ he said.

‘’He grabbed the chance and scored a superb inning. It was a perfect innings that we required at the top,’’ he said.