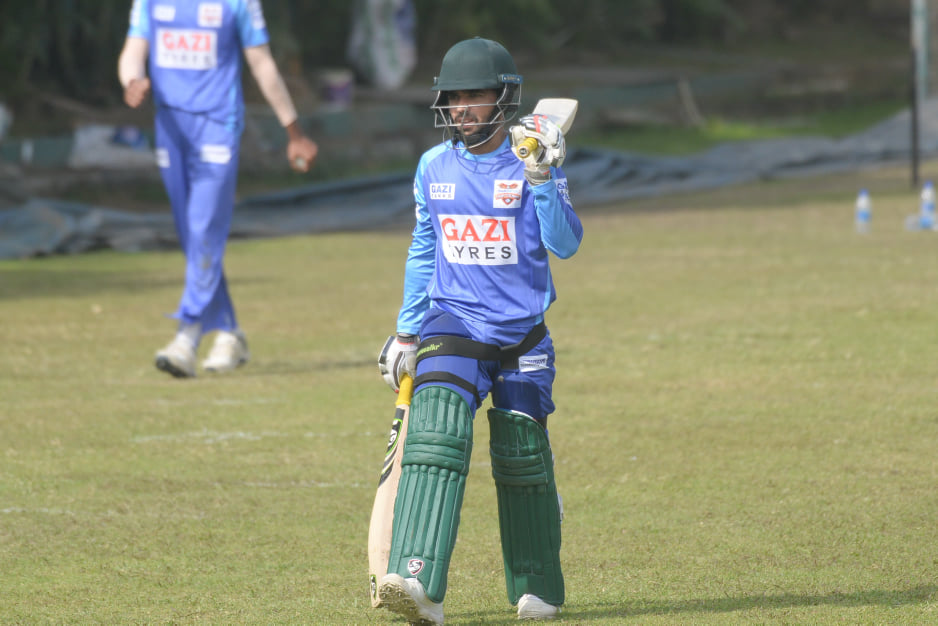 Bangladesh Test skipper Mominul Haque is all set to go under the knife in Dubai on December 8 for his thumb injury that ruled him out of the Bangabandhu T20 Cup.

The left-handed batsman had applied for the visa and expecting to receive it by December 6.

‘’We have decided to send him to Dubai considering there is no quarantine rule in place unlike England and Australia,’’ BCB chief physician Debashish Chowdhury told reporters on Friday.

A close source of BCB told Cricfrenzy that he is expected to have his operation on December 8 and would be eyeing to make him available ahead of the upcoming home series against West Indies.

Mominul injured the finger while playing for Gazi Group Chattogram against Gemcon Khulna at the Sher-e- Bangla National Stadium on November 28.

Mominul injured his finger while fielding but did not felt any pain and as a result came into bat but after returning back to hotel condition of his finger started to deteriorate.

West Indies are due to visit in January 2021 for a tour comprising three Tests, three ODIs and two T20Is during their stay.