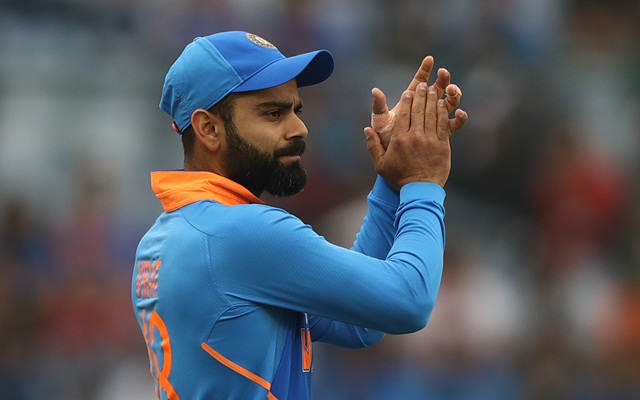 Whether India wins or loses a game, the captain Virat Kohli will always be in charge on the field and with his presence, there will be no dull moment as well. He always tries to push his players and bring out their best on the field in every single match.

This was seen once again at Canberra’s Manuka Oval on Wednesday when Glenn Maxwell was on the verge of taking his side home, and Australia were about to register a hat-trick of wins over India, Kohli brought Bumrah in the attack and dismissed him. With this, India wrapped up the game and India won by 13 runs in the 3rd ODI.

Meanwhile, former India batsman VVS Laxman said that he is always impressed by the intensity that Virat Kohli brings out on the field as well.

“Oh yeah, phenomenal! I think, the way he has played in each and every series, the kind of intensity he has maintained each and every day, when he’s on the cricket field is unbelievable, because at some stage I thought that will be the biggest challenge for Virat Kohli, at some stages he will burn out, but not even once we have seen that energy drop down when Virat is on the cricket field, whether he is batting or he is fielding,” VVS Laxman said on The Cricket Connected Show on Star Sports.

The India batting great has also opened up about how Virat Kohli has learnt to master the chase and loves to play under pressure over the years.

“And under pressure, because if you see his one day record how many Hundreds did he get while chasing and then you know that you’ve got a target to achieve, there’s always a scoreboard pressure on him, but he relishes pressure, he relishes responsibility and that’s what gets the best out of him,” he further added.