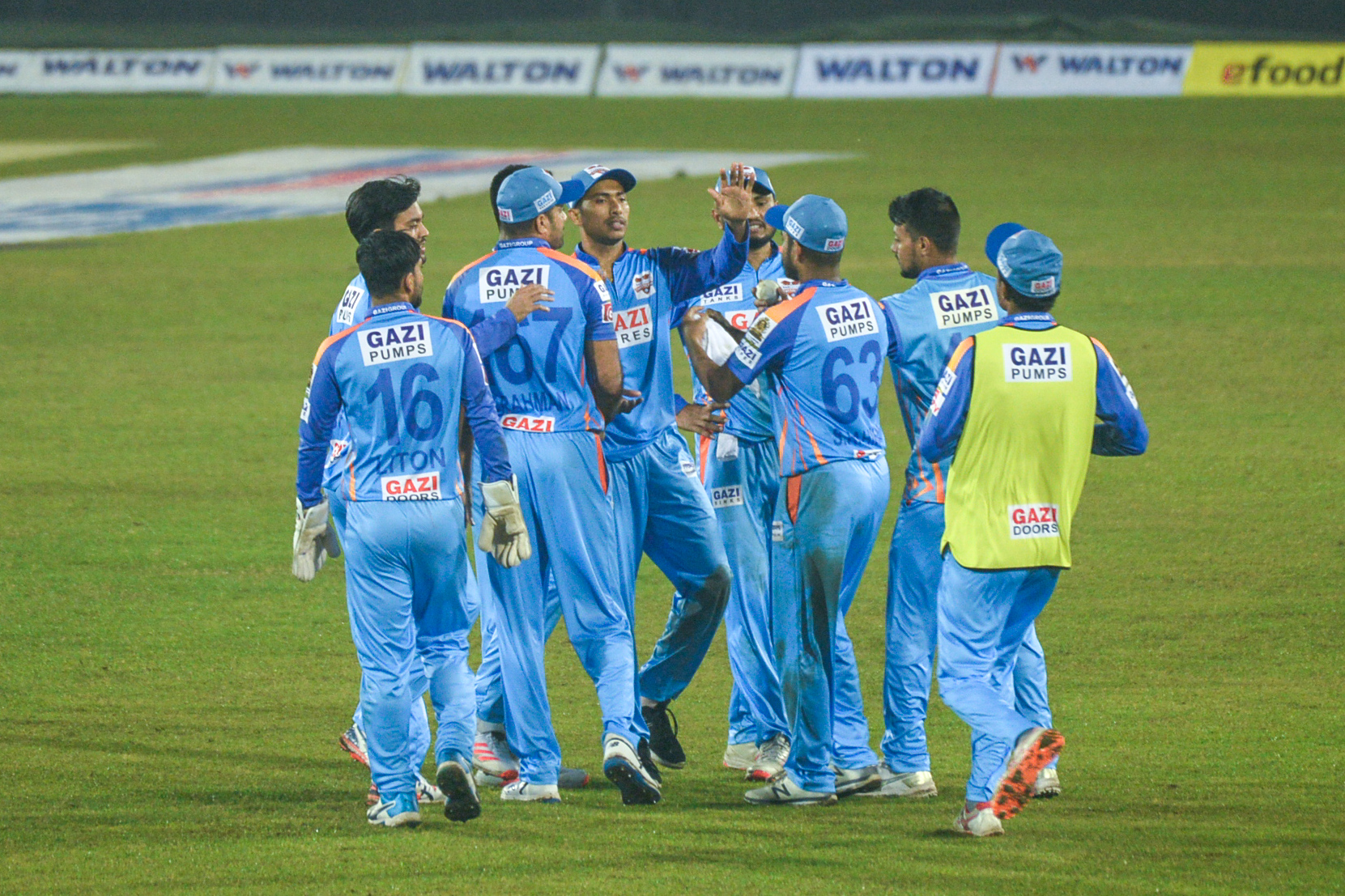 Gazi Group Chattogram earned their fourth straight win on Wednesday as they defeated Minister Group Rajshahi by one run in the Bangabandhu Twenty20 Cup at the Sher-e-Bangla National Stadium in Mirpur on Wednesday.

Chasing 177, Anisul gave Rajshahi a flying start and after his dismissal Mahedi Hasan (25 off 16 balls) and Farhad Reza (12 off five balls) tried to keep the momentum going.

Defending 14 in the last over, Mustafizur Rahman dismissed Nurul Hasan (eight off seven balls) in the first ball but Rony Talukdar (12 off five balls) hit a six and a four in the fourth and fifth delivery respectively to edge them close to victory.

But Rony managed only two off the final ball as Chattogram completed the narrow win.

Earlier, Liton Das hit a soothing 78 off 53 balls not out and Mosaddek Hossain struck a brisk 42 off 28 balls to power Chattogram to 176-5, the highest total in the tournament so far.

Liton and Soumya Sarkar (34 off 25 balls) formed a 62-run opening stand, but the Chattogram innings lost steam after the latter’s dismissal in the eighth over.

Mosaddek’s late burst along with Liton’s measured aggression then helped them post a challenging total.