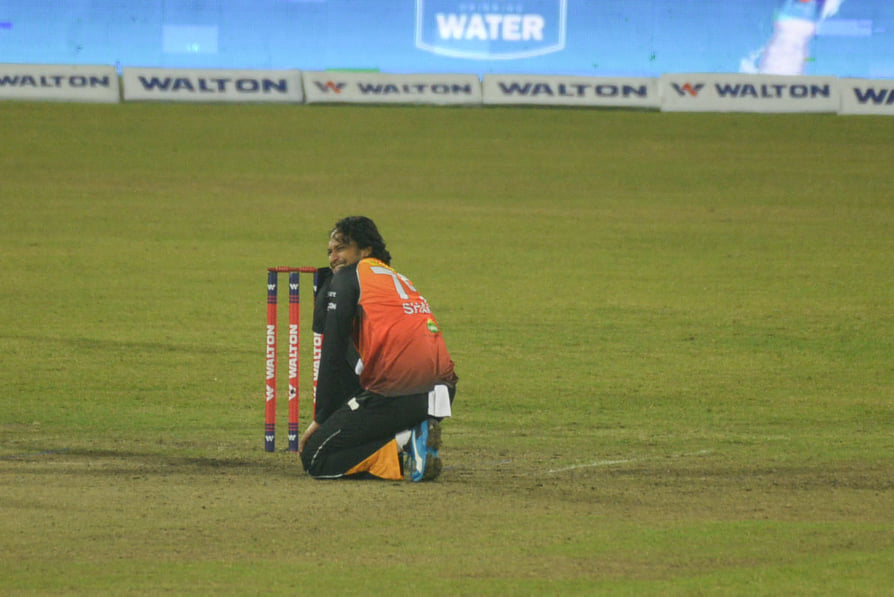 Bangladesh chief selector Minhajul Abedin insisted that he is not too worried about Shakib al Hasan performance in the ongoing Bangabandhu T20 Cup as he feels that the all-rounder will take some time before returning back to his best.

Shakib returned to competitive cricket after a year-long ban with the Bangabandhu T20 Cup.

Shakib has been on the news since he returned home earlier this month, but this time his much-awaited return to cricket created lot of hype and excitement all through the cricket fraternity though he is yet to perform according to expectations.

The ace all-rounder was banned for two years, with one year of the suspended ban in October last year by the International Cricket Council (ICC).

Shakib played four matches so far and yet to shine on a single game that raised quite a few eyebrows regarding his form.

‘’I don’t think there is any need to worry about Shakib because he will make a noteworthy comeback sooner than later,’’ Minhajul told Cricfrenzy on Tuesday.

‘’We must understand he returned after a long gap and you don’t expect him to shine from the start,’’ he said.

‘’Gradually he will get accustomed to it and will start deliver in the middle,’’ he said.

Beximco Dhaka will take on Fortune Barishal while Minister Rajshahi will be up against unbeaten Gazi Group Chattogram at the Sher-e-Bangla National Stadium on Wednesday.