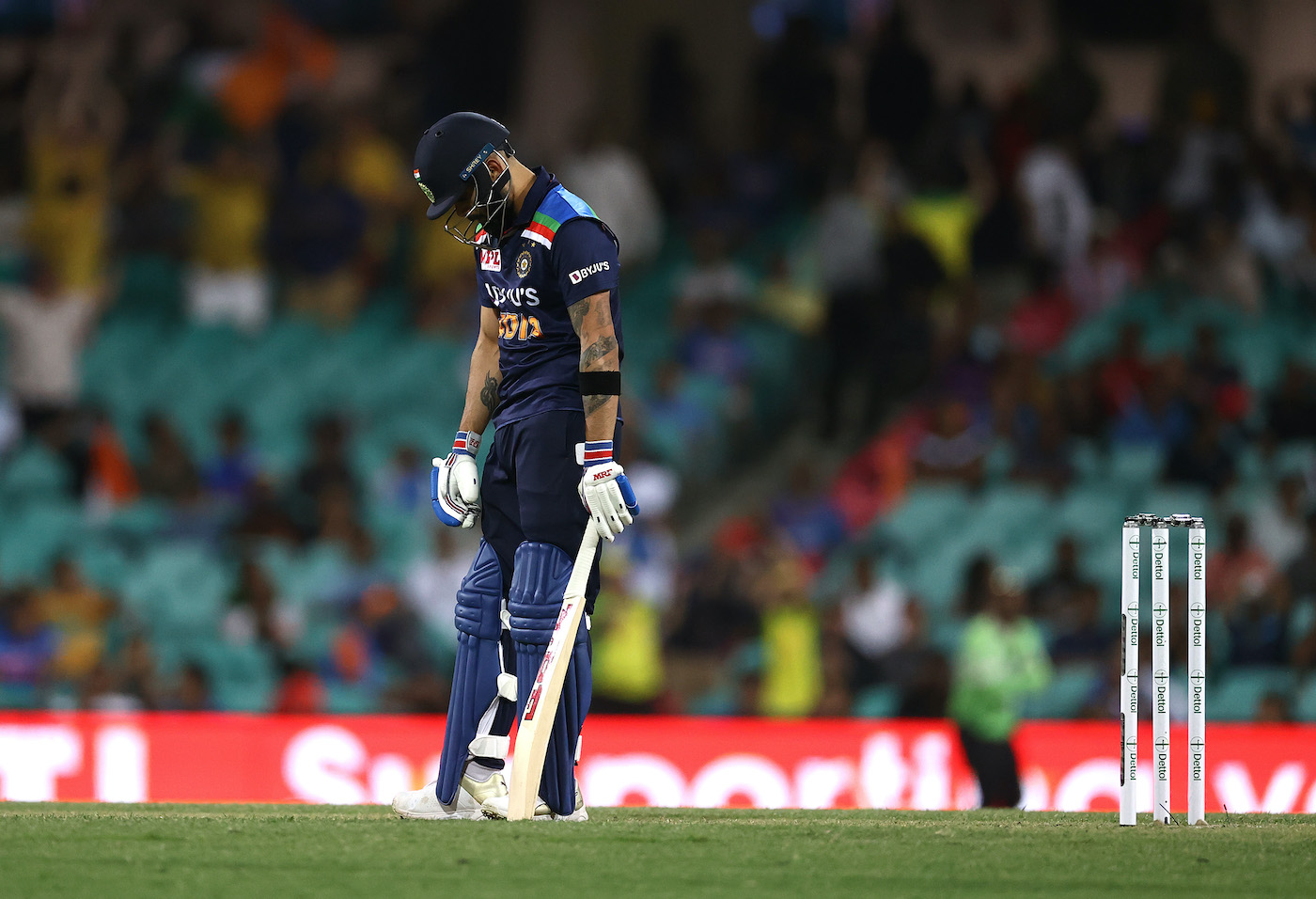 India have lost the One Day Internationl series against Australia by 2-0 with one game in hand. While their bowlers failed to restrict the opposition in a below-par, question raised on their sixth bowling option as well as in the fielding. However, former India player turned successful commentator Aakash Chopra has revealed the real reason why the Indian team struggling in ODIs.

Meanwhile, many said that India lacked the combination in the playing XI that Australia had and as the visitors lacked all-rounders in the team, as in the 1st ODI, Hardik Pandya played as a batsman only.

“If we look at the Indian bowling, it’s clear that we are unable to pick wickets with the new ball. How much time has gone? In the last three consecutive ODI matches, India has conceded a 100-run partnership at the top between the two openers. If you don’t take wickets with the new ball, a wicket does not fall in the first 20-odd overs, then whomever you bowl doesn’t make a difference,” Chopra said on his YouTube channel.

However, in the 2nd ODI, Pandya bowled only 4 overs and took a wicket too but that was an on-field call made by the Indian captain Virat Kohli. Notably, Pandya didn’t bowl in the recently-concluded Indian Premier League in Dubai too and didn’t opt for bowling ever since he has returned from his back surgery.

But Chopra said that no bowling all-rounder could do the job what a new-ball bowler can do and has said that it’s the top bowlers of the Indian team who are are not in their best form.
“Although we saw Hardik Pandya bowling but it was too late. He took a wicket as well, he dismissed Steve Smith. But if your top bowlers don’t take wickets, what will the 6th, 7th or 8th option do,” said Chopra.

“So, this is a problem which is getting magnified by the lack of an all-rounder but first of all, how many of them do we have? And even if they available, where will you play them? If you don’t take wickets at the top, it is not going to help in the middle, doesn’t matter how many all-rounders you play,” he further added.

The third and final ODI will be played on December 2 in Canberra.