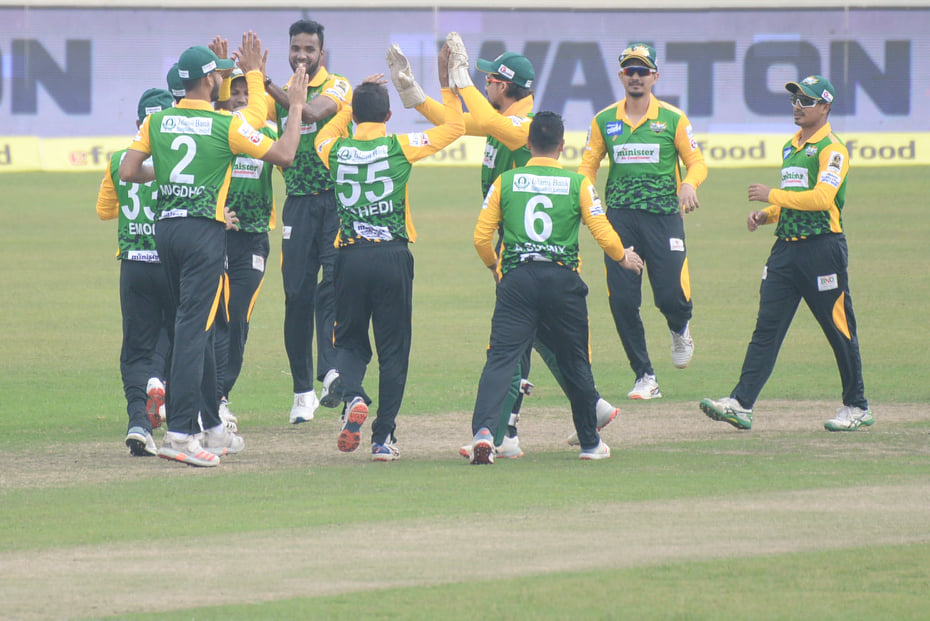 Minister Rajshahi wicket-keeper batsman Nurul Hasan said that they are not losing their sleep after earning their first defeat as they still believe they have the firepower to go far in the ongoing Bangabandhu T20 Cup.

‘’Actually, we got a great start where we won our first two games against strong teams and lost the third one. I believe all the rest of the games are important and we will give our 100%. We will play to win,’’ said Nurul.

‘’Of course, the confidence is there and we are having good days for the last few days. We will try to contribute as much as we can. All that matter is I am contributing to my team’s win,’’ he said.

‘’ I feel in T20, the team spirit is most important as well as to play as a team. We have done it and hope to continue as well. Every tournament is big. We still have 7-8 games and need to carry forward the momentum as well. We will try to win the next game as the next 2-3 games are important for us, which will decide our position in the tournament,’’ he said adding that he is well aware that he need to contribute batting down the order.

‘’Although you don’t get much time in T20 or ODI when you are batting at 6-7, what important for me is to contribute minimum 10 runs. I focus on the things that I could finish the game,’’ he said.

Saifuddin began his training on Monday and Nurul added that his inclusion will bolster the strength of their squad.

Bangladesh pace-bowling allrounder Mohammad Saifuddin hurt his left ankle on Sunday during a practice session of his Bangabandhut T20 Cup team Minister Group Rajshahi, which has ruled him out of the action for at least two weeks.

Saifuddin was Rajshahi’s first choice in the players draft of this event. But for this injury, he won’t be able to play the first few matches for Rajshahi which is a big setback for them.

‘’A player like Saifuddin is very important for the team. I hope we will get him in between the tournament. I believe his inclusion will make the team stronger,’’ said Nurul.