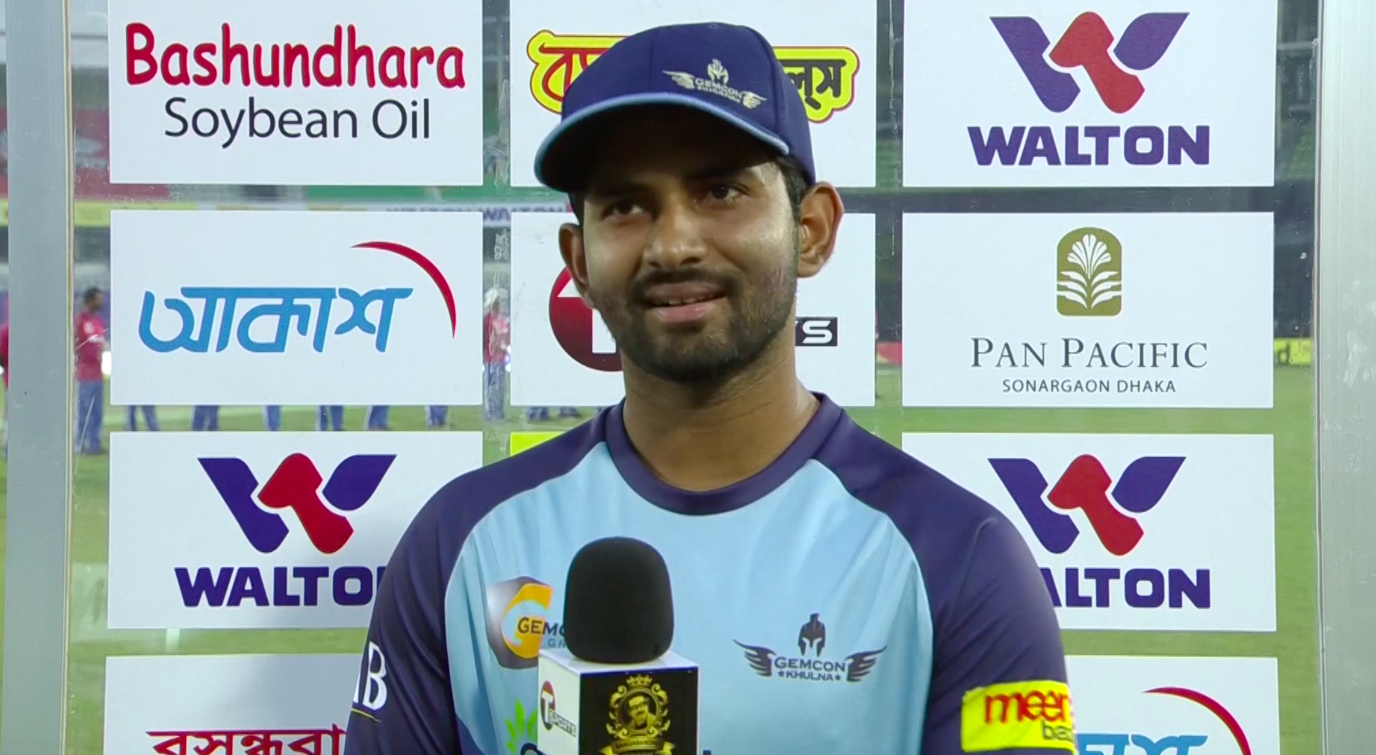 Exciting young batsman Shamim Patowary said on Wednesday that their experienced campaigner needs to perform to do well in the ongoing Bangabandhu T20.

In the first match, Khulna was reduced to 36-4 and in the second game, they were left at precarious 51-5, a testament of how badly their top order fared in those two matches.

“If our top order could play well, we could have amassed 180 runs,” Shamim said after the match.

“Actually Shakib bhai and Mahmudullah Riyad bhai could not make their innings bigger and so it was tough for us,” he said.

Alongside Ariful, Shamim Hossain played a significant knock, a 25 ball-35 to help the side save from ultimate blushes.

Despite forming a star-studded side that includes Shakib Al Hasan and Mahmudullah Riyad, Gemcon Khulna found them in a position of embarrassment in consecutive two matches.

Even though they won the first match against Fortune Barishal, they needed a touch of luck. They got a superman in Ariful Haque who blasted four sixes in the last over when they required 22 runs to win. Thanks to Ariful’s 34 ball-48 not out, Khulna won the game by four wickets.

Ariful played another good innings, this time a 31 ball-41 not out against Minister Group Rajshahi but was not successful to sail the side home. This proved every time he couldn’t bail the side out of danger unless the top order came all guns blazing.

Due to the failure of top order, Khulna conceded a six-wicket defeat to Rajshahi in the second match.