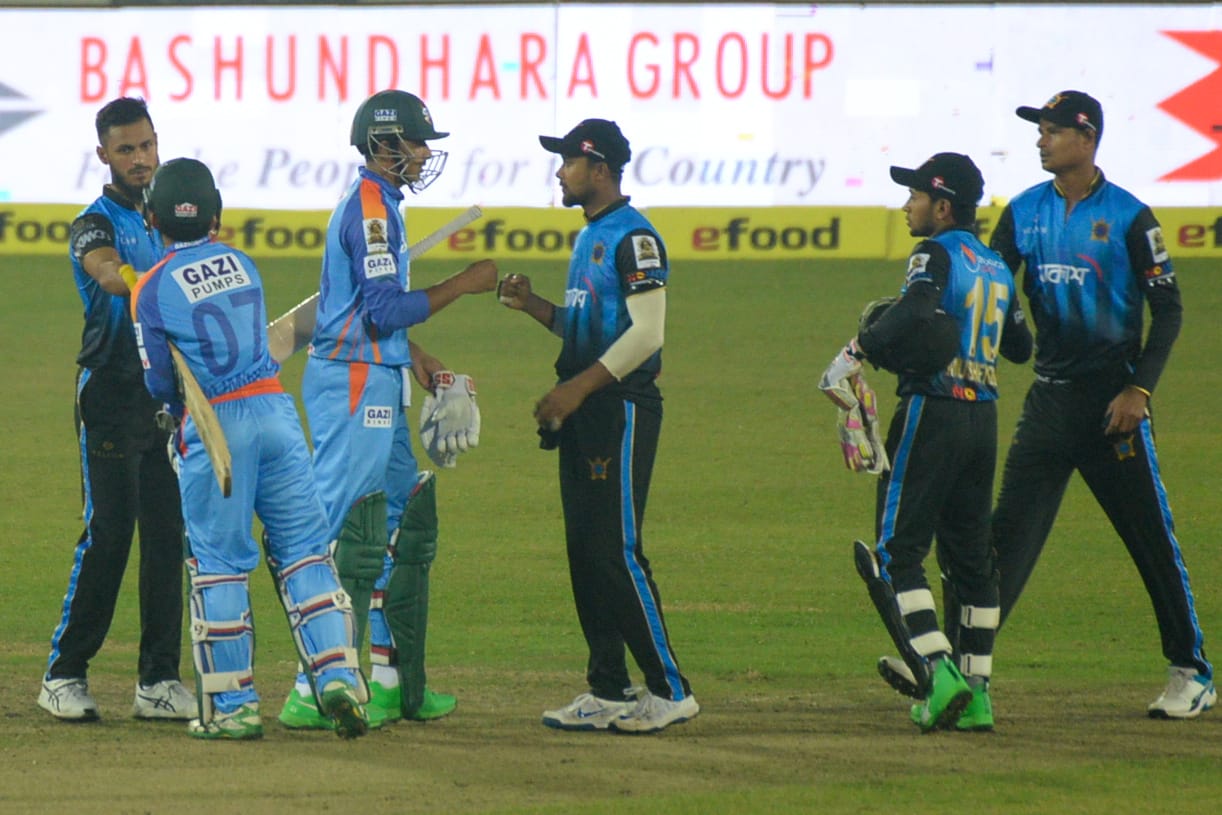 Gazi Group Chattogram earned a convincing nine-wicket win over Beximco Dhaka to start their campaign in the Bangabandhu T20 Cup on a perfect note at the Sher-e-Bangla National Stadium on Thursday.

Chattogram earned the win with 55 balls to spare after their opener Soumya Sarkar and Liton Das made 44 off 29 balls not out and 34 off 33 balls respectively to take them to 90-1 in just 10.5 overs after Dhaka were bowled out for 88 in 16.2 overs, courtesy two wickets by four Chattogram bowlers.

Sent to bat, Dhaka opener Mohammad Naim was the only batter to show some promise, hitting a brisk 40 off 23 balls, while the batters lent no support.

After Naim perished as the fifth batsman in the ninth over off Mosaddek Hossain, Dhaka lost their remaining wickets for just 22 runs to be bundled out for an embarrassing total.

In reply, Soumya and Liton formed a 79-run opening stand, which Nasum Ahmed broke in the 10th over by dismissing the latter.