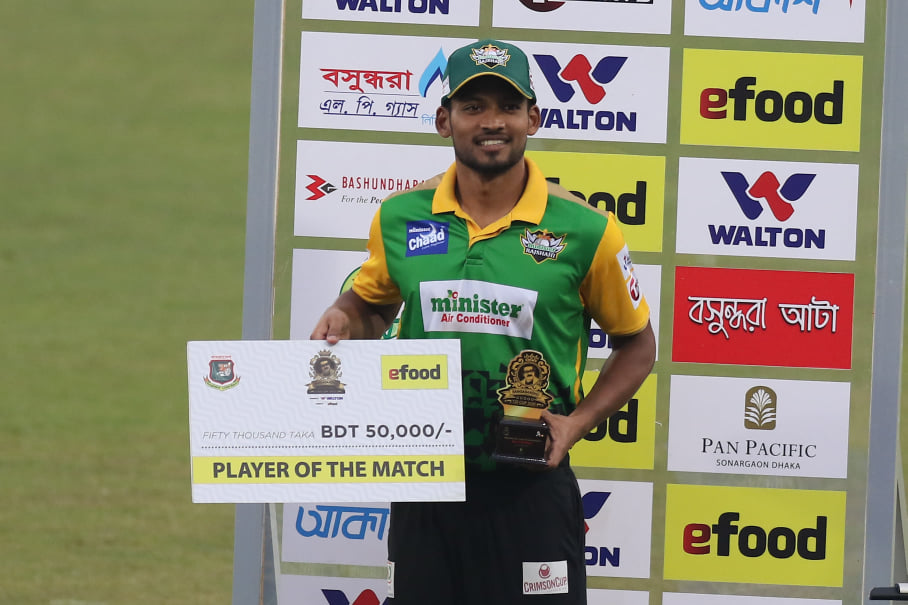 Skipper Najmul Hossain Shanto scored a brilliant half-century to guide Minister Group Rajshahi to a six-wicket victory over star-studded Gemcon Khulna in the third match of the ongoing Bangabandhu T20 Cup at the Sher-e-Bangla National Stadium in Mirpur today.

Earlier, after electing to bat, it was once again Ariful Haque who rescued Khulna after a top-order collapse saw the Mahmudullah Riyad-led side struggling at five for 51 at one stage of the game.

The 28-year-old played an unbeaten 31-ball 41-run to help his side post a modest total but Rajshahi faced very little challenges while in chase of a mediocre 146 for six set by Khulna.

Skipper Najmul was the most impressive with the bat, scoring an authoritative 34-ball 55 that featured six boundaries and three maximums.

The left-hander was looking to be in the groove for a much bigger score but was left undone by a Rishad Hossain delivery in the 11th over. He was trapped in front while trying to work the leggie on the onside after having hit the young leg-spinner for a six and four in the previous two deliveries.

Rony Talukder, Fazle Mahmud and Mohammad Ashraful contributed with 26, 24 and 25 (not out) respectively as Rajshahi made it two out of two wins in the five-team T20 tournament.

The big names of Khulna like Mahmudullah, Shakib Al Hasan, Imrul Kayes all failed to leave a mark. Shakib, who returned to cricket after a year-long ban, returned figures of 27 for no wicket in his four overs after scoring 12 off nine deliveries with the bat.