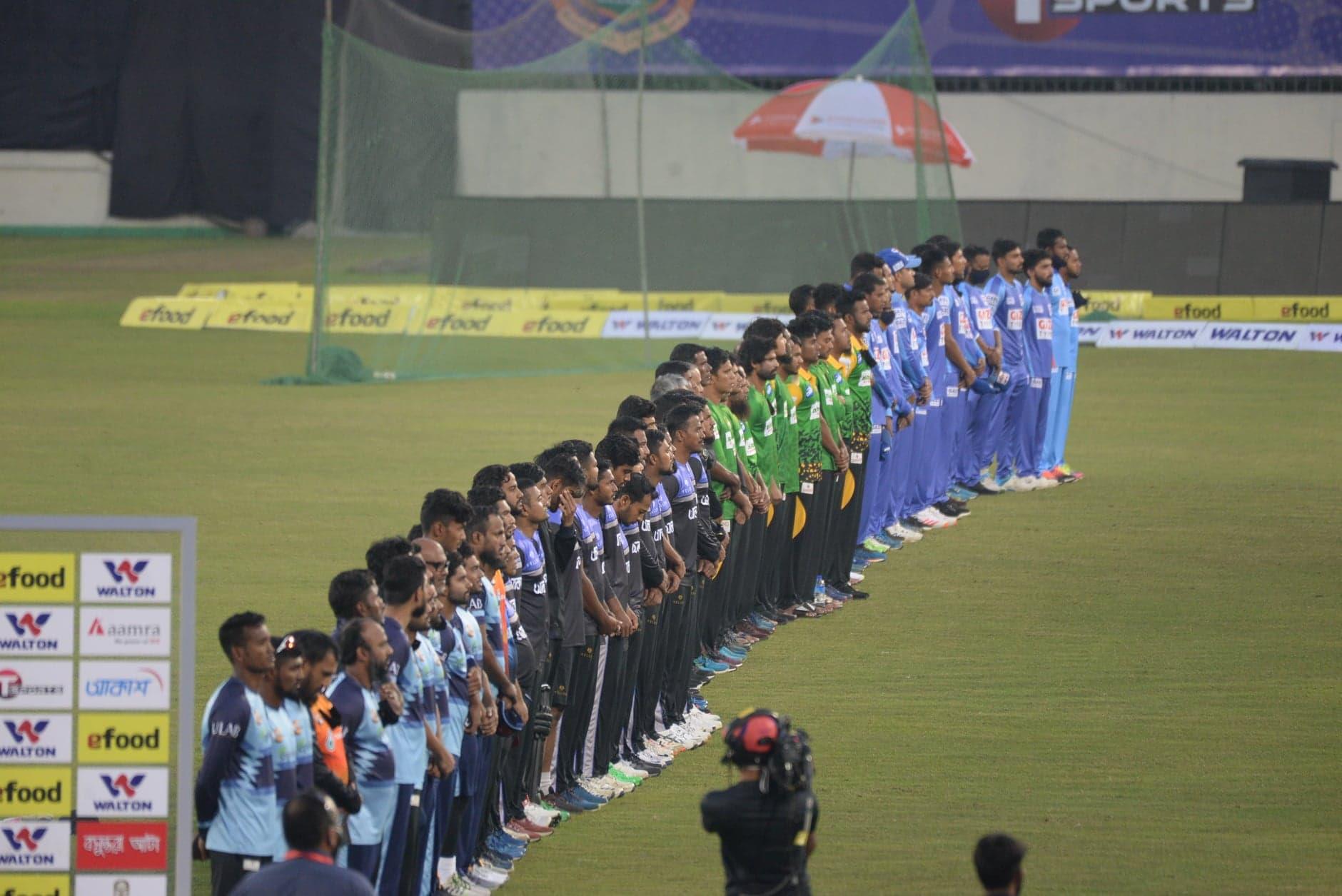 Bangladesh Cricket Board paid tribute to legendary footballer Diego Maradona, who died of cardiac arrest on Wednesday at the age of 60, by observing one minute silence in the ongoing Bangabandhu T20 Cup at the Sher-e-Bangla National Stadium on Thursday.

‘’One (01) minute silence will be observed by all today's 4 teams for Diego Maradona. The event will take place immediately after post-match presentation of the first match. It will be shown live on TV,’’ BCB said in a statement on Thursday.

Most of the cricketers from all the four teams - Dhaka, Rajshahi, Khulna and Barishal- observed one minute silence after the opening game of the second day’s fixture.

The cricketers, shocked at the death of legendary footballer, expressed their love and respect towards the iconic footballer, who is considered as the greatest in this planet by many, while paying tribute.

“Mourning after mourning continues. There was no superstar bigger than you in my eyes, and never will be,” Former Bangladesh captain Mashrafe Bin Mortaza wrote in his facebook.

Mashrafe time and again expressed his desire to see Maradona from the front, but his death now ended all the possibility of meeting.

“In personal life you were the only superstar I ever wanted to see from the front.”

“The pictures of perfect goals drawn by you or your feet will remain on the canvas of my mind forever. Stay fine magician on the other side,” he further wrote.

Ace all-rounder Shakib Al Hasan said Maradona was the icon of the game itself.

“Diego Armando Maradona was a player who personified football. He was as famous on the pitch as he was infamous off it. He did everything his own way

“What can’t be denied is his unbelievable talent, football acumen and love for the game. Football will continue to grow and amaze us because of legends like him. Rest in peace, Diego!”

“A legend who inspired generations. Rest in peace Diego Maradona.”