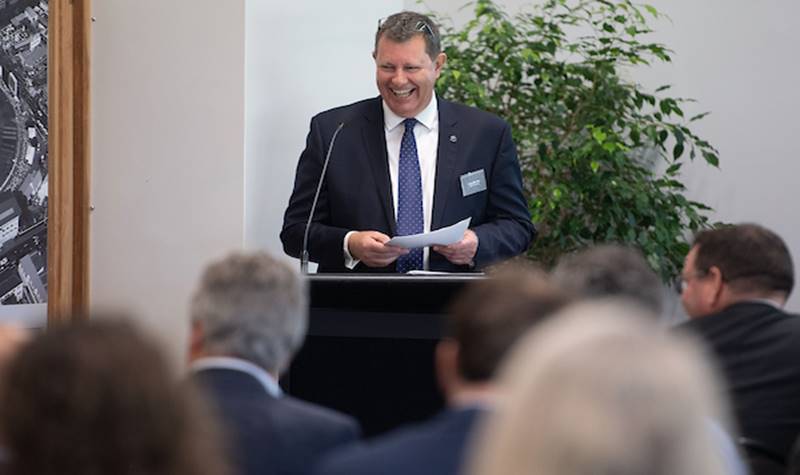 Newly appointed ICC chairman Greg Barclay has said that he doesn't buy the concept of 'Big 3' in cricket.

Barclay went on saying that the influence of India, England and Australia doesn't exist at all now.

"There is no 'Big 3' as far as I am concerned. I don't subscribe to it at all. All members are important and should be treated equally," Barclay said in a video on ICC-cricket.com.

"I do accept concerns of members could be different... I do accept that some of those bigger counties can provide certain outcomes to the ICC along the lines of hosting and revenue so again we need to take that into account and recognize that but there is no 'Big 3'."

Barclay, in the lead-up to the chair elections, had to fight off impressions that he's skewed in favour of bilateral cricket over global events but he's spoken and tried to put bilateral cricket into perspective in his first video address as ICC's second independent chairman.

"I am sick hearing about the fact I am in favour of bilateral cricket over everything else. I want to see all of it work in perfect harmony," said Barclay. "There has been a lot of misrepresentation in the media around that but the fact is, of course, I am an advocate of bilateral cricket, it is the lifeblood of cricket in all countries. Countries playing each other on a regular basis sustained competitive relevant competition is what drives fan engagement. It is what drives the development pathways, it is a vital part of cricket. But that doesn't mean that world events are not as important.

"The ICC runs world-class events. If you look at what happened with the women's T20 all the way through the final, the ODI World Cup last year, they were amazing events.

"They are pinnacle events no doubt about that. I would need to say they (bilateral and global events) need to work in conjunction with each other, one can't sit in isolation to the other. I am very conscious of the delicate ecosystem that crickets sit on."

Barclay also spoke about the well being of players who are now expected to be on the road all around the year.

"Then you got leagues like the IPL and Big Bash. Then you have to look at the athletes' health, safety and wealth which is paramount. We can't expect them to perform day in and day out through the year," he said. "Again, we have to balance out that along with fans. At the end of the day, it only works if the fans want it.