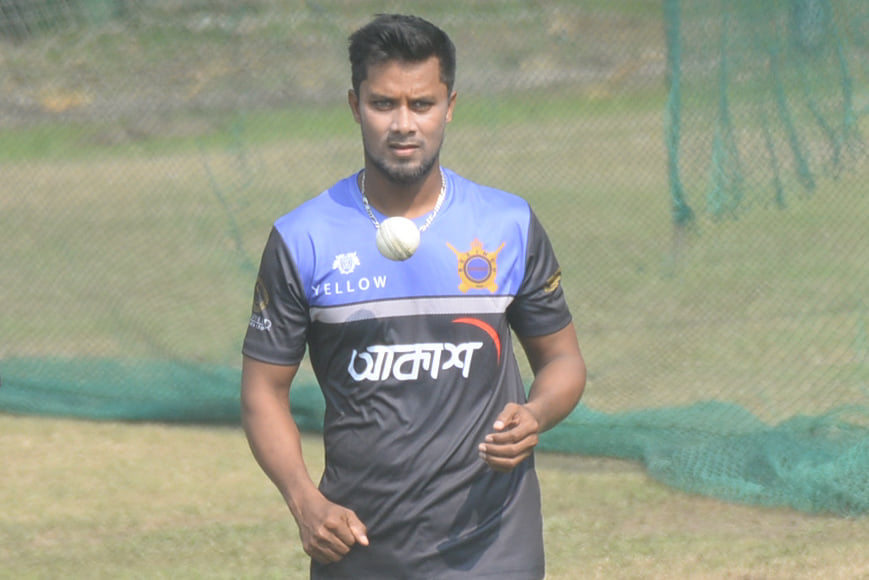 Out of favour national cricketers are eyeing to make their case stronger for the national team yet again as they are determined to prove a point in the upcoming Bangabandhu T20 Cup.

Bangladesh Cricket Board is eyeing to bring back International cricket to the country through the Bangabandhu T20 Cup but the tournament can be perfect platform for some players who donned the nation jersey before.

Mohammad Ashraful, Anamul Haque Bijoy and Sabbir Rahman are eagerly waiting to use this tournament to make a comeback in the national team again.

Ashraful, who played last for the national team before 2013, being banned from cricket had already announced that he would start afresh in the tournament and prepared himself for showing the best cricket.

Unlike Ashraful and Anamul, Sabbir Rahman played the last BCB President’s Cup but couldn’t show any worthy performance. However, he wants to put the nightmare of the previous tournament behind him to do well in the T20 Cup.

Sabbir, who is playing for Beximco Dhaka in this tournament, said the Bangabandhu T20 Cup is a platform to get into the national team.

“Every player in the country, who plays BPL or DPL is waiting for the tournament. It is indeed an important tournament for us, because it’s a platform for those who are now out of the national team,” he said.

“If we can play well in this tournament, there will be an opportunity for us to make a national team comeback. I had done a lot of hard work and homework for the tournament. Hopefully I can perform up to the mark.”

Mohammad Ashraful also dubbed the tournament as important for him, stating that he had done skill and fitness training for the last three months to put a good performance in the tournament.

“I’ve tried to prepare myself well for the tournament. For the last three months, I have been doing skill and fitness training. I’ve also played some warm-up games. I did this only to do well in the tournament. I think I am fully ready for the tournament,” said Ashraul, who is playing for Minister Group Rajshahi.

Anamul Haque Bijoy is recruited by Gemcon Khulna who also has players like Shakib Al Hasan and Mahmudullah Riyad at their disposal.

Anamul believes playing alongside Shakib and Riyad will give him extra motivation to do well.

“Our team is well balanced with the likes of Shakib Al Hasan, Mahmudullah Riyad. Playing alongside them always gives me extra motivation. Hopefully I will learn a lot from them and could execute that in the tournament,” Anamul said.

“I haven’t been playing good cricket for a long time. But I’m very excited about this tournament. It’s a platform for me to show my mettle again,” he remarked.