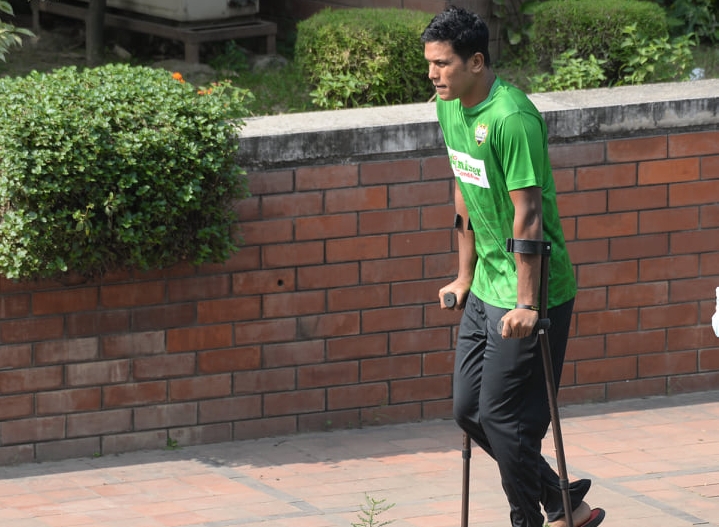 Minister Rajshahi got a massive blow ahead of the upcoming Bangabandhu T20 Cup as all-rounder Mohammad Saifuddin is doubtful for the competition following his ankle injury at the academy premises on Monday.

Saifuddin hurt his left ankle while playing football during the training session in Mirpur that forced him to pass the rest of the practice session in dug out wondering about his unknown future.

"During training he (Saifuddin) got an ankle injury. He is now under observation of team physio and BCB medical team," Hannan Sarkar, manager of Minister Group Rajshahi, said in a message to media.

"Treatment is going on under medical protocol of BCB. Physio will inform further updates of his progress tomorrow," added Sarker.

The pace-bowling all-rounder was seen having his left-leg bandaged while he left the ground on a crutch while team official said that he was taken for tests.

Rajshahi will play against Beximco Dhaka in the opening match of the Bangabandhu T20 Cup on Tuesday.