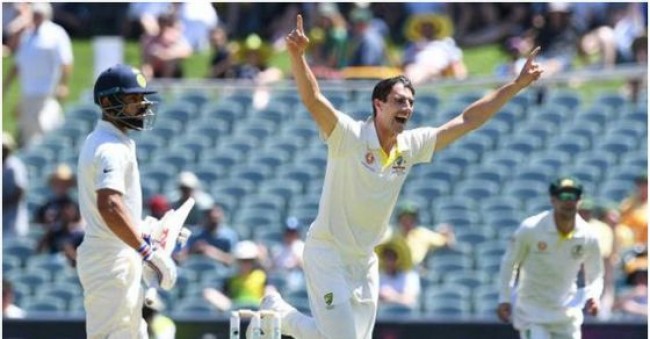 Australia pace bowler Pat Cummins said that Virat Kohli is undoubtedly the "big" wicket he would try to get in the upcoming series against India and also added that keeping the visiting captain quiet would be important too to win the games.

Meanwhile, the Indian cricket team is currently in Sydney and has been undergoing the 14-day mandatory quarantine period for the entire tournament that includes three ODIs and as many T20 Internationals followed by a four-match Test series. Notably, the Test matches will start with the day and night pink ball game from December 17 at Adelaide.

"I think every side has that one or two batters and they are the big wickets. Most teams have their captain -- Joe Root for England, Kane Williamson for New Zealand. You feel like if you get their wickets that goes a long way in winning the game," Cummins told 'Fox Cricket'. "He (Kohli) is always a big one. You commentators talk about him non-stop, so hopefully, we can keep him quiet."

Pat Cummins, who has been named the vice-captain in both the white and red-ball teams is currently undergoing quarantine period after returning from his stint to the 2020 edition of Indian Premier League (IPL) in the UAE where he featured for Kolkata Knight Riders.

"It's good to be back here in Sydney. Obviously, we are locked down but we are let out for couple of hours a day. We've been in the middle of it (cricket in bio-secure bubbles) for three or four months now so we're starting to get used to it. But it will be weird — we get out Thursday night and then we will go and join the boys at a hotel but there's a good chance we won't see them until we literally turn up to the SCG on Friday," he concluded.