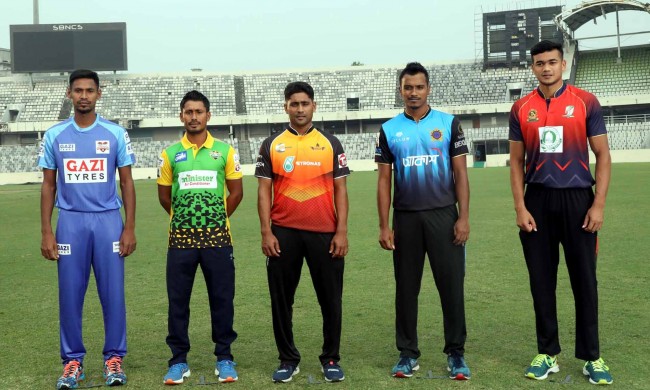 ‘’We have got a very good team and we will fight for championship,’’ said Nazmul. ‘’It will be a big tournament and so we want to go step by step and if we can execute our plans properly we will surely succeed,’’ he said.

Beximco Dhaka on Wednesday named Mushfiqur Rahim as their leader. ‘’I am going to play for Beximco Dhaka for the first time and it is naturally very exciting for me,’’ said Mushfiqur.

‘’Bangabandhu T20 is a new tournament and first of its kind and we are all excited and I feel the other teams are quite balanced,’’ he said. ‘’We have a combination of youth and experience and we hope to be the champions as Beximco Dhaka always play to be the champions,’’ he said

‘’We hope to play the final and win the champions. Our fans please support us the way you always supported us in the past,’’ he said.

Gazi Chattogram entrusted the responsibility on the shoulder of Mohammad Mithun. ‘’I am excited to be the captain and looking forward to the challenge,’’ said Mithun.

Earlier, Fortune Barishal named Tamim Iqbal as their skipper while Gemcon opted for Mahmudullah despite having Shakib al Hasan in their squad.