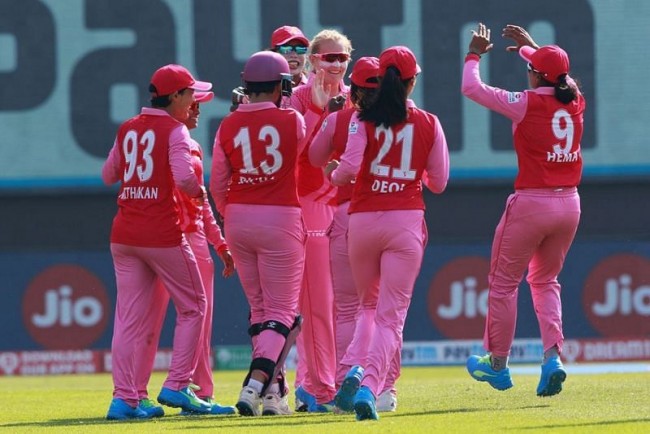 Bangladesh women’s team all-rounder Salma Khatun’s brilliance with the ball helped her side Trailblazers defeat Supernovas by 16 runs in the final of the Women’s Twenty20 Challenge and lift their maiden trophy in the competition in Sharjah on Monday.

Salma took 3-18 in her four overs to restrict Supernovas to 102-7 in 20 overs, after the Trailblazers posted 118-8 after choosing to bat first.

Salma struck first in the 15th over when she dismissed Shashikala Siriwardene for 19.

She then virtually ended the contest in the penultimate over of the innings, running out Anija Patil (eight) and dismissing Pooja Vastrakar (0) in consecutive deliveries before bowling out opposition captain and their last recognised batter Harmanpreet kaur for 30.

Salma didn’t get a chance to bat.

This was Salma’s first participation in the competition, which has been run side-by-side of the Indian Premier League for the last three years.

Other than Salma, pacer Jahanara Alam also represented Bangladesh in this edition of the competition, but her side Velocity didn’t make it to the final of the three-team tournament