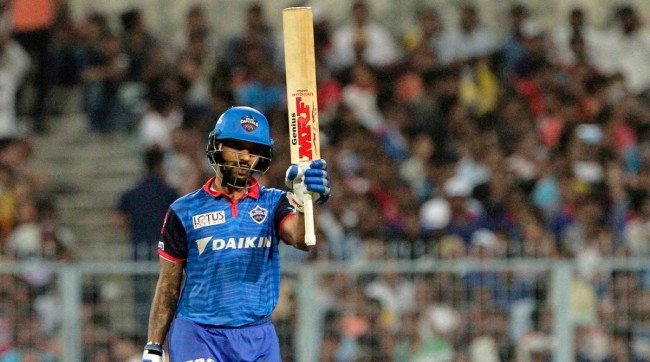 While Shikhar Dhawan has been doing well for Delhi Capitals in the opening, his opening partner has been shuffling as no one could live up to the expectations, including the youngster Prithvi Shaw and there is a concern over his opening partner in Qualifier 1 against Mumbai Indians (MI) on Thursday.

Meanwhile, the all-rounder Marcus Stoinis could open with Dhawan considering his current form in mind. Shaw has scored 30 over the last six innings and with an average of five. He has a highest score of just 10. His out of form gave the Delhi Capitals management a huge tension especially when their opponent - Mumbai Indians have a formidable bowling line-up comprising Jasprit Bumrah and Trent Boult.

While Ajinkya Rahane was also tried in the opening, his half-century in the last match at No.3 is likely to cement his place there.

"Prithvi is timing the ball nicely, he hit a few boundaries and the ball was travelling well from his bat. My advice to him would be to stay calm and stay positive. These things happen to everyone, it is nothing new, neither this is the first time it is happening nor it will be the last time. I would suggest he stays positive, believes in his ability, stays calm and in rhythm," said Shikhar Dhawan while speaking to the media from the UAE.

However, Dhawan advised the youngster to not take this phase too seriously. He even said that he wasn’t told yet with whom he will open but he has no issue to open with Stoinis.

"I think the support staff thought about it [Stoinis's name] but they didn't discuss it with me that much. If I get the opportunity to open with him, for sure it'll be great. But both Stoinis and I share great chemistry, we joke a lot, so it will be good fun," shared Dhawan.